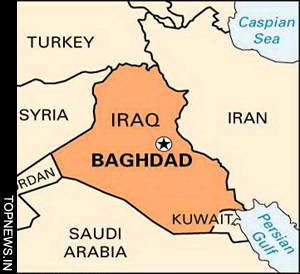 BAGDAD.(Reuters) - At least 72 people have been killed in a bomb blast at a market in eastern Baghdad's volatile Sadr City slum, according to police. It comes six days before US combat troops are due to withdraw from Iraqi towns and cities. About 127 people were also wounded in the explosion in the mostly Shi'ite Muslim area in one of Iraq's worst attacks this year. A witness said the explosion tore through a part of the Mraidi Market where birds are sold, setting stalls ablaze.

Bloodshed has dropped sharply across Iraq in the past year, but militants including Sunni Islamist al Qaeda continue to launch deadly car and suicide bombings aimed at undermining the government and reigniting sectarian conflict. The market bombing comes just four days after the US military formally handed control to local forces of Sadr City, where US and Iraqi forces fought fierce battles against Shi'ite militiamen in the spring of 2008. 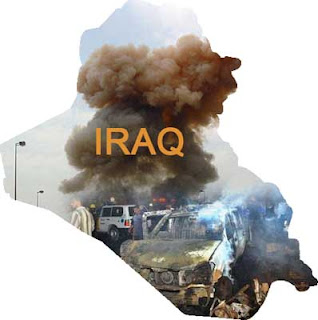 Three school students died in another bombing in Sadr City on Monday, one of a string of blasts that killed 27 people across Iraq that day. On Saturday, at least 73 people died in suicide truck bombing outside a mosque in Kirkuk province. High death tolls remain common despite the fall in overall violence.

Two female suicide bombers killed 60 people outside a Shi'ite shrine in the capital this April, just days before twin car bomb blasts killed 51 people in Sadr City. Such attacks cast doubt on the ability of local security forces, rebuilt from the ground up after they were dissolved by US officials in 2003, to vanquish a stubborn insurgency on their own. Sadr City is a bastion of support for fiery anti-American Shi'ite cleric Moqtada al Sadr and his Mehdi Army militia.


WHAT DO THE VEDIC TEACHINGS TELL US?
All that exists is a product of Krishna's energy, and Krishna is all good. Therefore, activities in Krishna consciousness are on the absolute plane; they are transcendental and have no material effect. One is therefore filled with peace in Krishna consciousness. But one who is entangled in profit calculation for sense gratification cannot have that peace.
Srila A.C. BV Swami Prabhupada:
"The Bhagavad-gita As It Is - Purport in Chapter 5 - Verse 12"
Birth and death apply to one's embodiment in the material world. Fear is due to worrying about the future. A person in Krishna consciousness has no fear because by his activities he is sure to go back to the spiritual sky, back home, back to Godhead. Therefore his future is very bright. Others, however, do not know what their future holds; they have no knowledge of what the next life holds. So they are therefore in constant anxiety. If we want to get free from anxiety, then the best course is to understand Krishna and be situated always in Krishna consciousness. In that way we will be free from all fear. In the Śrīmad-Bhāgavatam (11.2.37) it is stated, bhayam dvitīyābhiniveśatah syāt: fear is caused by our absorption in the illusory energy. But those who are free from the illusory energy, those who are confident that they are not the material body, that they are spiritual parts of the Supreme Personality of Godhead, and who are therefore engaged in the transcendental service of the Supreme Godhead, have nothing to fear. Their future is very bright. This fear is a condition of persons who are not in Krishna consciousness. Abhayam, fearlessness, is possible only for one in Krishna consciousness.