www.ibtimes.com - Sunday marks the first annual International Yoga Day, part of Indian Prime Minister Narendra Modi’s push to promote the ancient Indian discipline. With yoga a symbol of national pride, the event saw thousands of people across the country taking part in practicing the discipline.
Yoga, which has been practiced in the country for centuries, received global recognition after the United Nations declared June 21 as the International Yoga Day, a proposal that was initiated by Modi. In India, people pulled out their yoga mats and headed to different locations to celebrate the day. In the southern Indian city of Bangalore, the biggest gathering was in the Kanteerava Stadium, where nearly 5,000 students participated.

The Art of Living (AOL), a non-governmental organization engaged in stress-management and service initiatives, conducted several sessions across the city. “Yoga has got its stature finally, what it always deserved," Dinesh Ghodke, director of the AOL youth program, told International Business Times. Sri Sri Ravi Shankar, founded AOL in 1981 and the organization now operates globally in 152 countries and reached out to over 370 million people.
Modi, who has be lauded by many for the yoga initiative, participated in an historic event in Rajpath, the ceremonial boulevard in the Indian capital, New Delhi, on Sunday. Over 35,000 people gathered to practice yoga, and the government applied to Guinness World Records to acknowledge the event as the largest gathering of people practicing yoga ever.

The first International Day of Yoga is taking place today, so millions of yoga enthusiasts bent and twisted their bodies in complex postures across India and much of the world. Indian Prime Minister Narendra Modi, who had lobbied the U.N. to declare June 21 as the global Yoga Day, spread his mat among rows of people, including his Cabinet members and foreign diplomats, at New Delhi's main thoroughfare that has been transformed into one sprawling exercise ground. "We are not only celebrating a day, but we are training the human mind to begin a new era of peace and harmony," Modi told participants. "This is a program for the benefit of mankind, for a tension-free world and to spread the message of harmony." Countries around the world are marking the occasion today. Thousands of people dressed in white sat on yellow mats under the Eiffel Tower, and similar events were held in Bangkok, Kuala Lumpur, Seoul, Beijing, Manila and other places. Around 30,000 people are expected to perform yoga at Times Square in New York. Coinciding with the summer solstice, the longest day of the year, the festivities are expected to draw tens of thousands of people who will participate in yoga classes throughout the day at the Times Square, in an event that will be live-streamed around the world. In Taipei, capital city of Taiwan, more than 2,000 participants rolled out mats and performed 108 rounds of the "sun salutation" - the sequence of yoga poses often practiced at the beginning of a routine as the sun rises. Yoga is not only a method for self-realization and self-improvement as its main goal, it is also a natural medicine, Hatha and its variant, the so-called physical Yoga, is used to treat and prevent physical disorders, psychological and psychosomatic and to enhance health and quality of life.  Our spiritual teachers have taught us that the main goal of yoga is to be a method of self-realization and union with God; however, Hatha variant used to treat and prevent organic, psychological and psychosomatic disorders, and to increase health, personal improvement and quality of life. (Editor's note).

In the East, yoga is practiced as a way to reach the highest level of spiritual realization and becomes a real life form and philosophy that guides all actions, attitudes and thoughts of the person, but can also serve simply to fight stress, improve health or increase welfare. Many of the postures and techniques of Hatha yoga, which help control and heal the body and mind, are based on physiological principles of Ayurveda, traditional Indian medicine. In a broad sense yoga, which in Sanskrit means “union” is a set of physical practices, intellectual and breathing, accompanied by philosophical standards of lifestyle and designed to restore the vital balance of the body, from the point of physical, mental and spiritual, and achieve personal fulfillment.

"CHARLIE, CHARLIE, ARE YOU THERE?"

www.vox.com - "Charlie, Charlie, are you there?" This incantation is sweeping the nation: teens everywhere are stacking pencils, calling to a demon named Charlie, and entrusting their fates to the predictive powers of leftover loose-leaf paper and graphite. But where did this trend come from, and what does it say about superstition?
To find the answers, I consulted experts on the psychology of superstition and the Ouija board. What they revealed will help you understand the origins and appeal of this newly popular game. It's played by dividing a piece of paper into four quadrants, each labeled with either a "yes" or "no." If you like, you can also switch out the "yes" or "no" for your favorite member of One Direction, or some other interesting subject. 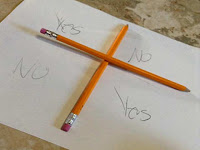 Then you place one pencil on one line and balance another perpendicularly on top of it. Say, "Charlie, Charlie, are you there?" If Charlie "responds" by rotating the upper pencil towards one of the answers, sort of like a compass, you can proceed to ask more questions. Examples include "Charlie, will I get an A?" or "Charlie, will I get married to my homecoming date?"
For her article about the phenomenon, Washington Post reporter Caitlin Dewey did some great research. She found that it may be related to an old game from Spain called "Juego de la Lapicera," but we don't know how or when the crossover happened. There is another game called Charlie Charlie that's been played for a while, but it's different and involves pencils held together instead of being placed on a paper grid. At some point, the two games became the phenomenon we know today.

Charlie Charlie is a new teenage craze that's somewhere between a Ouija board and cootie catcher. It's gone viral with the hashtag-friendly name #CharlieCharlieChallenge. As it continues to fascinate the minds and souls of more and more teens via uploaded social media videos, the most important religious representatives warn people of the dangers of inviting evil spirits to get answers. The iconic world evangelist Billy Graham reminds parents that Satan is up to his same old tricks, as everything from cultish films to board games introduce teens to various nuances of contacting demonic spirits. "Curiosity about ghosts and demonic spirits is no new phenomenon," Graham's BGEA reminds Americans. "From horror movies like Candy Man to Ouija boards and the folklore legend of Bloody Mary generations have experimented with occult practices and it doesn't seem to be stopping anytime soon." The renowned televangelist Pat Robertson asserted, “Demons are real. They are not playthings and they are certainly not parlor games. For any little kids to begin to play these games and think it’s cool, it’s not,” Robertson said. “They are real. They desire to destroy human beings.” Roman Catholic experts in demonology are also sounding the alarm. “Some spirits who are at the root of that practice will harass some of those who play the game,” said José Antonio Fortea, a Madrid-based and Vatican-approved exorcist for the Catholic Church. Demon possession is unlikely, he said, but participation in the game “will result in other spirits beginning to enter into even more frequent communication. Then the person really can suffer much worse consequences from the demons.” Vedic culture teaches us that those who have died in certain ways may do not receive again a physical body; rather it is difficult for them to promptly take again a physical body. These creatures roam in search of unwary who wish to communicate with them. We must guard a lot of it, not only do not invoke spirits but take refuge in the Supreme Personality of Godhead, who is in our hearts as internal master; and remember that if we take refuge in the Supreme Lord at the time of death, we can escape from repeated birth and death, and we will receive a spiritual body to live eternally in the transcendental world. (Editor's note). 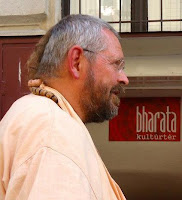 In the history of humanity there have spread different methods by which people have tried to communicate with ghosts. Under names such as spiritualism, macumba, reading snuff, Ouija board and many other similar invocations or methods of divination. Some others experience with shamanic plants, which facilitate to contact with spirits. These processes have serious consequences for those who perform it, and of course, create a lot of curiosity, especially to those who have no information of the eternal significance of the soul and not know the difference between the subtle body and the gross body. Goethe's famous quote was: "I can not get rid of the ghosts I called." Who used to invoke ghosts, it's likely to be recruited by them to the ghostly world. At the time of his death, he or she will think on the same ghosts with whom he had previous contact and consequently will enter into this ghostly area and could not incarnate again to continue the evolution of spiritual consciousness.

Many of these young women are anxious to leave the confines of small-town life behind, and a plane ticket to Miami, home of glamorous lifestyles, promises freedom and fame. A teen, who was captain of her cheerleading squad in a town in Texas, is disdainful of what she has left behind. “What she is trading it in for is “$800 a porn shoot. They do five shoots the first week. That’s very attractive,” says film's co-director Ronna Gradus.
Many of the teens get into the industry impulsively, for many the excitement fades and it becomes a horrible job and those feelings of freedom and empowerment disappear. And their parents, relatives and friends usually find out about their careers soon enough. Arguments that they are making choices about their own bodies sound specious when all you become is an object fulfilling male sex fantasies, some of them unsavory. 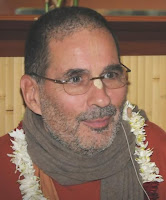 The social and moral implication of the influences of rajas and tamas are described in chapters 16, 17, and 18 of the Gita. Excessive influence of these two ultimately cause suffering. Knowing this, one can understand that pornography involves considerable violence - violence to oneself and others. […] How would you feel if one of the teen porn girls was your daughter, sister, or niece? They are all someone’s daughter, sister, or niece. How do you think their parents feel, seeing their children involved in the pornography industry? Knowledge of the fact that you are instrumental in perpetuating their involvement in this should help you realize just how ugly you become when you implicate yourself in pornography, whether it is on the Internet or elsewhere. It is a violent activity with violent results.