THE HORRORS OF BOKO HARAM

www.channelstv.com - A report by Amnesty International reveals that about 2,000 women and girls have been abducted by Boko Haram since 2014 many of whom have been forced into sexual slavery and trained to fight. The 90-page report by the international rights organisation titled, ‘Our Job Is To Shoot, Slaughter And Kill’: Boko Haram’s Reign Of Terror’, documents multiple war crimes and crimes against humanity committed by the members of the terrorist group.
The report, which Amnesty International says is based on nearly 200 witness accounts, including 28 with abducted women and girls who escaped captivity, listed the crimes committed by the militants to include the killing of at least 5,500 civilians, between 2014 and early 2015.

The Amnesty International report also highlights the brutal methods used by the armed group such as conscription or execution of men and boys, abduction of young women and girls who are imprisoned and in some cases raped, forcibly married and made to participate in armed attacks.
In the words of Amnesty International’s Secretary General, Salil Shetty, who spoke to Channels Television correspondent in Washington, Maria Byrd, recent military successes in the northeast might spell the beginning of the end for Boko Haram, but there is a huge amount to be done to protect civilians, resolve the humanitarian crisis and begin the healing process.”.

Last year, the mass kidnapping of 276 schoolgirls from the Nigerian town of Chibok touched off a tsunami of global outrage. But exactly one year after the likes of Michelle Obama, Rihanna and Ellen DeGeneres helped #BringBackOurGirls become an international rallying cry and call to arms, the international campaign to release the girls did little to bring them home, or stop countless others from being taken since. Men and women, boys and girls, Christians and Muslims, have been killed, abducted and brutalized by Boko Haram during a reign of terror which has affected millions. The evidence presented in the Amnesty International shocking report, one year after the horrific abduction of the Chibok girls, underlines the scale and depravity of Boko Haram’s methods. The report contains graphic evidence, including new satellite images, of the scale of devastation that Boko Haram have left in their wake. Our spiritual masters have taught that violence toward other living entities is the root of all sinful activities.  Cruelty toward animals causes great disturbances in the world. One of the consequences of the huge killing of animals due to the sophisticated meat industry is the violence toward human beings. We should be conscious of our responsibility as human beings to protect and take care of others creatures. If we fail in doing that, and continue to build huge slaughterhouses, then compassion leaves away from our heart. The consequence of the suffering of so many millions of animals is that nonreligious points of view increase daily and cruelty and violence toward women and children become prominent in our societies. (Editor's note). 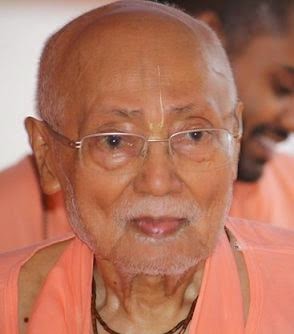 The whole world is running fast towards destruction. It is now beyond the capacity of human efforts to restrain this trend of thought. Gradually this world is becoming unfit for stay of peace loving good people. If this unholy violent trend is not restricted, it will gradually contaminate the  whole human society. [...] The influence of 'Kali' will not spare even religious places. There is no other way of getting emancipation from such worldly conflagrations except complete unconditional  surrender to the Lotus Feet of Supreme Lord Krishna. He can only rescue us and nobody else. We are always to remembers the saying of Lord Sri Krishna in the Gita.