www.ynetnews.com - The Islamic State group currently ravaging Iraq and Syria has shocked the world again with its horrific execution videos – this time by allegedly throwing blindfolded men off a roof as punishment for their sexual orientation. Images of the execution surfaced two days ago on jihadist websites, and claimed the men were found "convicted" of homosexual acts. The group's radical interpretation of Islamic law, "engaging in homosexual activities" is a capital crime.
One of the images shows a large crowd gathering at the bottom of a large tower to witness the execution of two men. The masked Islamic State executioner details their crimes, declares them guilty of homosexuality and sentences them to death.

The two men are seen with blindfolds at the top of a building being held by two ISIS members before being thrown off the building, after having been “convicted” of being homosexual. The “sentence” was imposed under a provision of the law that requires “execution of prescribed penalties against all those who commit an act against Lot’s nation,” according to the ISIS website.
Another photograph posted on ISIS’s official website shows two men being crucified on charges of being thieves. An ISIS member reads the charges against the two alleged thieves out loud before they are then shot by other ISIS militants in the head. ISIS also published a photo showing a woman draped in an all-black niqab standing in front of an ISIS member, about to be stoned to death on an accusation of infidelity.

The so-called Islamic State in Iraq and Syria (ISIS) has posted graphic photographs showing the brutal execution of four men and one woman on charges of homosexuality, theft, and infidelity to Islam. These images, circulating on jihadist websites, show Islamic State group terrorists executing gay men by throwing them off roof with large crowd watching. Isis has recently published a penal code listing crimes punishable by amputation, stoning and crucifixion, along with a chilling vow to ensure the code is vigilantly enforced in areas under its control. Since ISIS proclaimed itself the Islamic State in Iraq and Syria, it has committed numerous crimes and human rights abuses which have been condemned by the world, precipitating a military response against the self-proclaimed state by several countries including the United States and Morocco. In Kali-yuga all people quickly have become degraded. We must be very careful because Aghasura (the snake demon) who represents cruelty and violence, is back among us. Today most people perform inferior activities for sense enjoyment and enjoy doing or seeing cruelty done to defenseless living things. Even the priestly class is degraded. Giving up brahminical behavior, many brahmanas take pleasure in malice and envy, others develop desire of pecuniary gain and many others want their own worldly honour or fame; so if they do wrong, then why mention the other members of different sections of this multiple and varied modern society. Our spiritual masters have taught us that we have to make changes in this corrupt society, and “we have to start with ourselves, because it is almost impossible to change others. One person or the whole world would change if we were capable to inspire them with our own example.” We must become loving toward other living beings and try to serve God in the company of selfless devotees, regardless of what section of society they come from. (Editor's note). 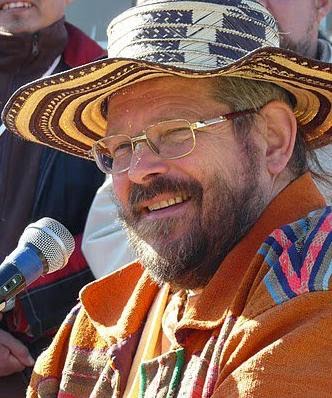 We have to become activists of the good. There is so much garbage, so much cruelty that has to stop. Modern man has become insensible; anaesthetised by intoxication and consumption, the "human being" prefers the bad, so that he even forgets his own best and directly or indirectly becomes responsible for the corrupt society. ... With the help from each and everyone, we will make progress. Let us conquer land here in this crazy world, soul by soul, consciousness by consciousness. Let us be compromised with the truth. Let us respect the faith of everyone, as long as they do not harm others. Truth is love, and one has to produce more love; love for God and all His creation; love and gratefulness to Mother Earth; love for the animals; goodness and compassion for the defenseless. It just takes conscience, which actually does not even pain anymore.

BHAGAVAD GITA SHOULD BE MADE NATIONAL SCRIPTURE 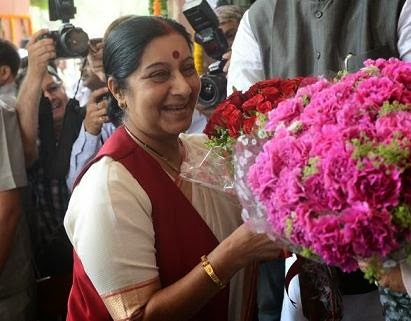 www.digitaljournal.com - India's External Affairs Minister Sushma Swaraj has asked the Indian government to declare the scripture Bhagavad Gita, India's "Rashtriya Granth" or national book, triggering a debate among media and intellectuals. Swaraj was speaking at the" Gita Prerna Mahotsav" at the Red Fort in New Delhi, organized to celebrate the book. She said that the declaration would only be a formality since a large number of Indians already saw the scripture as a national book.
Swaraj said that her role as External Affairs Minister brought many challenges, which she had faced only because of the teachings of Bhagavad Gita. “Everyone should read two shlokas of Gita everyday ... it is a scripture of 700 shlokas and it can be finished in a year,” she said, addressing the audience at the event. 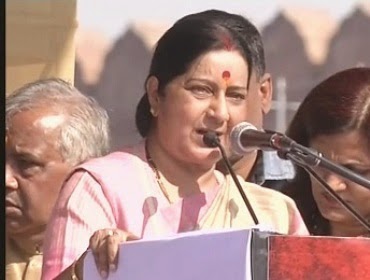 “Read it again and continue this till the end. After reading it three to four times, you will discover a path to lead a life, the way I discovered,” Swara added. The Gita has been in the limelight since Narendra Modi became Prime Minister of India in May 2014, as he gifted Japanese Prime Minister Shinzo Abe the book during his visit to Japan, and also to Barack Obama during his visit to the US. The Bhagavad Gita in its extant form is a part of the ancient Indian epic Mahabharat, and records the conversation of Krishna with Arjuna on the battlefield of Kurukshetra.
The book is only one of many Hindu scriptures, and declaring it the national book in secular India with its multiple faiths and belief systems may not become a reality soon, according to several media pundits.

External Affairs Minister of India, Sushma Swaraj, recently said that the Bhagavad Gita should be made the national scripture, adding that the Hindu sacred writ should be read for guidance throughout one's life. "The Bhagavad Gita teaches us the way to lead life in a happy and stress free manner. It shouldn't be left for old age; it is something that one should read for guidance throughout your life," Swaraj said, while addressing the Gita Prerna Utsav, held in the national capital. "I have said in Parliament that the Bhagavad Gita should be declared as our 'Rashtriya Granth'. No official announcement has been made in this regard. However, by offering the 'Bhagavad Gita' as a gift to US President Barack Obama, Prime Minister Narendra Modi has already given that honour to Bhagavad Gita," she added. In spite of her good and laudable intentions, Swaraj's claims that the Bhagavad Gita should be recognised as India's national scripture, has triggered a massive row in India. For example, under the headline "Why ‘Gita’ as Rashtriya Granth is problematic" The Hindu newspaper says that "in a secular polity ... any attempt to declare the ‘Gita’ a ‘Rashtriya Granth’ ... needlessly ruffle the feathers of Hinduism’s closer cousins like Sikhism for which the teachings of its first five Gurus constitute its principal ‘Guru Granth’." Our spiritual masters have taught us that beyond the opinions and beliefs, we must be respectful of the different holy religious scriptures, but no other scripture is necessary if one take shelter of the Srimad Bhagavad Gita because it was directly spoken by Sri Krishna and it is one with Him. (Editor's note). 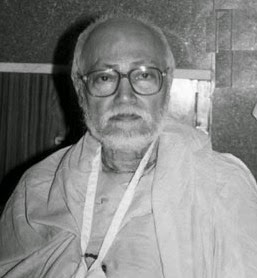 Sree Geeta is not a material sound. In material sound, you will find that the thing referred to by a sound is different from the sound itself. If you utter: 'water, water, water,' the water word is not the water-thing. The word 'water' refers to a thing understood to be water. In this world you will find a difference between the word 'water' and the object referred to by the word 'water.' But Krishna and the Name of Krishna are one and the same. Sri Geeta and Sri Krishna are identical. So, by taking shelter of the Geeta we can come in contact with Sri Krishna. We have gone through the contents of the Geeta, we have read the Geeta, but despite this, we still have no devotion to Sri Krishna. This is not actual reading. If we actually read the Geeta, we will obtain devotion to Sri Krishna.