GIRL GANG RAPED AND HER EYES
GOUGED OUT IN EXORCISM RITUAL

www.torontosun.com - An Argentinian 16-year-old girl was gang-raped and had her eyes gouged out by her older sister to free her from demons. The girl is reportedly clinging to life in hospital in the town of General Pinedo. Her older sister, 22, is the only one charged in the gruesome exorcism ritual so far.
Argentinian police said she told her parents she was worried about bizarre visions her little sister had been having. "The girl said that she was possessed by a demon and evil beings, saw bugs and animals (that weren't there)," police commissioner Paul Almiron told Buenos Aires newspaper the Cronica. "So the parents went to seek help from (the pastor)." Almiron said the pastor told the family to cut her eyes out to exorcise the demons.

It's unknown if the alleged gang rape that apparently took place beforehand was part of the ritual, but police say rape charges are pending. Local media have published gruesome photos of the teen in hospital. Police said it appears the older sister used a sharp instrument for the terrible deed.
The teen is also suffering from severe injuries in her genital area. Spanish online portal Terra reported police found a Bible covered in blood and pieces of the girl's eyes at her home, the scene of the crime. "It is the first time in 22 years of policing that I've seen something like this," Almiron told the Cronica, adding the attack is "very hard to explain."

A brutal exorcism ritual happened in the town of General Pinedo, in the north Argentine province of Chaco. A teenager was brutally gang-raped then had her eyes gouged out by her sister in a horrific ritual that the rapists claim was ordered by a local pastor. The victim's sister claimed that the religious centre even gave her the sharp knife used in the attack and said that she must personally carry out the brutal act in order to cure her younger sister. The teenager was pinned down and her elder sister cut both of her eyes out. The victim, aged just 16, is now fighting for her life in hospital after the horrific ordeal, which her family said they orchestrated because the teenager was having visions and they believed she was possessed by the devil. Doctors reported that the victim had also suffered several injuries in the genital area and it is understood that police are about to arrest a group of men who took part in the twisted ritual. Throughout Latin America, belief in possession and exorcism predates the arrival of the Spanish. Aztec healers burned herbs and prayed to ward off spirits. In many occasions, subtle materialism tries to disguise as spiritual processes, and they are known under names such as occultism, magic, witchcraft, voodoo, witchcraft, macumba, camdombé, etc. To accept advice from spirits it is like accepting foolishly be advised by someone who in his last embodiment has not done things very well and instead of moving towards spiritual enlightenment he still is wandering around these places. We must move away from the influence of the occultists, because they are defying and denying the authority of the Supreme Lord, replacing it with the dark force of the fallen souls. (Editor's note). 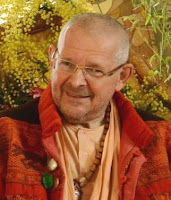 The spirits [...] can speak our minds and bad Invisible Counselors "kill yourself, inject drugs yourself, have sex, consume drugs, gamble, inflict torture to others"; these are the kinds of tips they try to give us and unfortunately there are listeners. The sacrifices of the poor animals in voodoo or human sacrifices in African tribes, groups of black magic in Brazil or the Incas in Machu Pichu, have all demonic spirits behind. [...] Do not be fooled !, sorcerers use the word God as the bakers use the word bread, but be certain they do not even know who God is; nor they are abide by the will of Him. They only use the natural piety of people talking about God, the Holy Spirit and Jesus Christ. In Brazil, on the places where spiritualists work there are statuettes of Jesus Christ to mislead the church and disguise their true intentions.