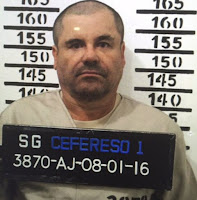 https://es-us.noticias.yahoo.com - Joaquin “Chapo” Guzman, 58, underwent a drug dealer operation in the genitals to improve sexual performance, a few weeks before holding a secret meeting in the Mexican jungle with actress Kate del Castillo and actor Sean Penn while a fugitive, according to reports.
CNN in Spanish revealed that information on its website based on the testimony of "an official from the Mexican government" not identified and pointed out that the surgery took place in a hospital in the state of Baja California in northwestern Mexico . Apparently the doctors put “implant” to “increase blood circulation in the area and thereby improve sexual performance leader of the Sinaloa Cartel,” indicating the channel, which does not offer more details.

Experts say that women were “weakness” of “El Chapo”, in his life he had seven known partners, with whom he fathered 18 children.
According to the Mexican government, the boss had an "almost obsessive interest" in Del Castillo, apparently emerged following she wrote him an open letter in 2012 via Twitter asking him to use his power to do good and be a “hero”.  After that he sent her some flowers and from there they held a secret communication-from September, thanks to a cell phone that the boss bought the actress with some messages of affection.  These messages were broadcast by Mexican media had access to them through the intelligence services. Some of the texts that the actress, were “I moved too much to tell me you take care of me.”

A new revelation in the saga of recently recaptured Mexican drug lord Joaquin “El Chapo” Guzman shows that he suffered from erectile dysfunction and had recently undergone surgery for it. “What's new about this? That Guzman has a weakness for women? He has 18 children, he's married to a woman 30 years younger than him,” said Alejandro Hope, a security analyst in Mexico City. At the end, the most wanted drug lord was held in a sex motel room. Saying “Lord” to these people, it is proof of how sick our society is. The true Lord is God, the Lord is Krishna, the Lord is Jehova, the Lord is Allah. True Lords are Shiva, Buddha, Jesus, Muhammad. This “drug lord” wanted to avoid the natural effects of aging. Lord Krishna himself says in chapter 11 verse 32 of the Bhagavad Gita, “Time I am, the great destroyer of the worlds.” He is the true God, the one who is the annihilator, the killer of all. When there is creation, He develops all from their original state, and at the time of annihilation He devours them. Time does not spare any person, whether in the case of a billionaire “lord” of drugs or a penniless and homeless drug addict. This man, hated by many but respected and admired by others, is unable to accept the passage of time and he does not respect the stages of his own body. Men fear him but he fears to look ridiculous against women by their erection problems and low sexual performance - a limitation that naturally comes when one reaches a certain age and it should be tolerated as part of this human life. It is in vain artificially fight against the current of time. Each person should accept his age and act on it. Like winter and summer, planting time and harvest, cold and heat, every stage of life has its reason for being and all of this has been planned by the Supreme Lord, so we must accept everything as His mercy. (Editor's note). 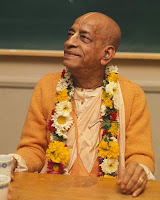 The society of human being is naturally divided into eight by orders and statuses of life — the four divisions of occupation and four divisions of cultural advancement. The intelligent class, the administrative class, the productive class and the laborer class are the four divisions of occupation. And the student life, the householder's life, retired life and renounced life are the four statuses of cultural advancement towards the path of spiritual realization. Out of these, the renounced order of life, or the order of sannyāsa, is considered the highest of all, and a sannyāsī is constitutionally the spiritual master for all the orders and divisions. [...]  The human life is meant for attaining eternal and unlimited happiness by spiritual realization.

This way my partner Wesley Virgin's autobiography begins with this shocking and controversial VIDEO.

As a matter of fact, Wesley was in the army-and soon after leaving-he discovered hidden, "mind control" tactics that the government and others used to get whatever they want.

These are the exact same secrets tons of famous people (especially those who "became famous out of nothing") and the greatest business people used to become rich and successful.

You've heard that you only use 10% of your brain.

Really, that's because the majority of your brain's power is UNCONSCIOUS.

Perhaps that thought has even taken place INSIDE OF YOUR very own brain... as it did in my good friend Wesley Virgin's brain around 7 years back, while driving an unlicensed, beat-up trash bucket of a car with a suspended license and $3 on his debit card.

"I'm absolutely fed up with living paycheck to paycheck! When will I finally succeed?"

You've been a part of those those types of conversations, ain't it right?

Your very own success story is going to start. All you need is to believe in YOURSELF.