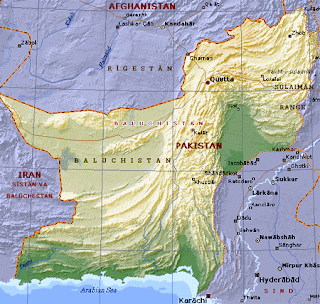 www.thehindu.com - Twenty-seven Hindu families from Pakistan’s Balochistan province have approached the Indian High Commission here for political asylum after a series of kidnappings and killings that targeted the minority community. “As many as 27 Hindu families from Balochistan have sent applications to the Indian [High Commission] for asylum in India,” Mr. Saeed Ahmed Khan, a regional director for the federal Human Rights Ministry said.
In the latest incident targeting the minority community in Balochistan, unidentified men abducted 82-year-old spiritual leader Maharaja Luckmi Chand Garji and four of his companions last week, as he was going to officiate a wedding. Three of the men were freed later though Garji is yet to be traced. This was a matter of “great concern” and the government should take immediate measures to improve the law and order situation in Balochistan, Mr. Khan said. 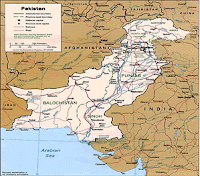 Chand Garji is one of Pakistan’s most revered Hindu spiritual leaders in the Pakistani province of Balochistan. He has been performing his duties as maharaja at Kali Mata Mandir for the past 60 years and he had command on several languages including Balochi, Hindi, Sindhi, Persian and Brahavi, his devotees said.

According to the Human Rights Ministry’s statistics, there has been widespread violation of rights and abduction for ransom in Balochistan. 291 people were abducted while 8 were kidnapped for seeking ransom throughout Balochistan in 2010. Of this, a large number were Hindus. It is a common belief that most of the victims were released after paying huge sums of money as ransom to the kidnappers.

The minority Hindu community in Balochistan has started to migrate out of this Pakistani province with some even considering applying for asylum in India. Frightened by the rise in kidnappings, many want to leave at the earliest. The recent incident of abducting a leading spiritual leader, Luckmi Chand Garji, has shaken the community. The Vedas teach us that there is spiritual unity among all beings and even non-beings. We cannot possibly stop wars and the concepts of minority and majority in our world until we remove the feelings of duality and polarity toward other creatures. The sages see all religions as true, or portions of the one truth and different ways of spiritual development. 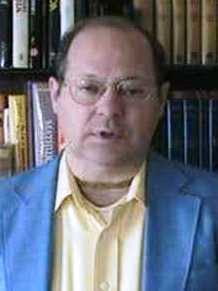 There is no discrimination toward other religions in Hinduism. Hinduism views all authentic religions with a potential to raise the consciousness of its followers to a higher level of understanding God, themselves, and humanity. This is merely one of the beautiful aspects of Hinduism; that it provides the greatest latitude of diversity in the ways of understanding God. That is why you can mix Hindus with anyone, and they can peacefully coexist, just as you presently have Hindus, Buddhists, Jains, Sikhs, and others all living together peacefully. But as soon as you mix those of other religions who are dogmatic in their views, there is trouble. The reason is that there is no room for diversity of thought in such people. They think that in the eyes of God no one else is saved. They think they must “save” everyone by making everyone else just like them. And the way that is done is by converting all others to their own dogmatic beliefs. Thus, they give no credence or understanding toward any religion but their own.

How long you think you can befool the world on the basis of your propaganda and lies as per teaching of your kotla chnkiya? If hinduism has no discrimination, than what is the caste system in hinduism? if hinduism teaches you too respect other religions than what is the routine burning of Quran in India? what about the hindu terrorism in Ahmadabad, Gujarat, burning of churches, what is all that? are muslims asking hindus to burn muslims?

how long you will hide the truth behind the clouds of propaganda, but when the truth will come forward what will be the shelter for you?

Thank you for writing. I hope you are in good health today. I try to clarify our position in posting the news which you have commented.

First of all the piece of news published on January 4th 2011 was not "my invention". It had appeared on many international sources (CNN, BBC, AP, AFP, Reuters), and it was not "my propaganda" as you said. I live very far away from Pakistan, and I take this news as the source of our information, we lack of means to check the truth of everything. Perhaps you are right, respected Kgaiq, but one thing is real clear: the news which appear in this blog are not "my propaganda", they are simply international news published by the most representative international agencies of the world. And we comment on basis on it.

In order you understand our web service, I have to tell you that if India or Hindus do something wrong against other people and it is published on the international media (we have no other way to know it), we will published it and we will condemn it.

We are not always praising India politics, as apparently you suggested ... if you have time to read many of our articles, you will find that we sometimes critizice them (e.g. as regards advances in atomic power) If Hindus do something wrong or against the Vedic teaching, we expose it, be sure of that.

May the light of the Lord touch your life and your family.

Do not confuse our intention. We are not interested in any "propaganda". We are not behind politics, money, fame, women, alcohol, gambling, meat eating, cheating others or personal prestige. We belong to an international group of people interested in humbly show the world the values of the Ancient Vedic Teachings, to show the worldly news at the light of what our sages have said in Ancient Vedic scriptures. As a matter of fact, our real "propaganda" is to distribute love for God and all His creatures, for that reason we are vegetarians and we are against the slaughter of animals for the sake of satisfying our palates with their blood and flesh.

Lastly, you said "when the truth will come forward what will be the shelter for you? " ... this is a good question, the best question that every human being should make to himself every day. I hope to find the only appropriate shelter: the Lotus Feet of Bhagavan Lord Sri Krishna. God is my only shelter.

It does not matter the name by which He is known, Allah, Jehova, Jahve, Adonai, Atón, Buda, Amida Buda, Ahura Mazda, Hanyu Pinyin, Jesus, Christ, Akal Purakh, Achamán, etc. etc. I also hope He - The Supreme Lord - is your shelter too, respected Kgaiq and I also hope your life and your family lives will be filled with the wonders of the Supreme Lord's love.

"The Gift of Love comes from a pure heart", I hope you and I will achieve this sublime goal.