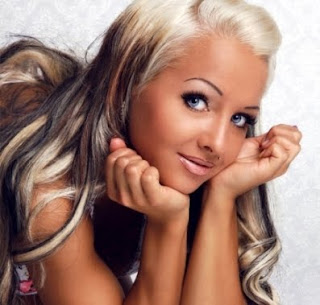 www.bbc.co.uk - German tabloids have been mourning reality TV star Carolin “Sexy Cora” Berger, who died in a coma after her sixth breast operation. The 23-year-old sex film celebrity, whose real name is Carolin Berger, had joined the German version of the reality programme Big Brother last year, where she behaved more and more outrageously. She spent 43 days in the Big Brother house. She received the award for “Best Amateur 2010” at last year’s Venus erotic industry trade fair. She had wanted to increase the size of her silicone breast enhancements from 500g (18oz) to 800g (28oz) each, Bild newspaper reported.
Ms Berger was put in an artificial coma on 11 January because of serious complications after her sixth operation, which took place at a clinic in the north German city. It is believed she suffered two cardiac arrests after the procedure to enlarge her breasts from a 70F to a 70G (UK: 34F to 34G).

Tim Wosnitza, Cora’s husband, told a German newspaper, “The brain damage was too great. Her blood pressure dropped steadily, physiological functions gave out ... then she went to sleep quietly.” According to reports, she decided to go under the knife to keep up her publicity.
Prosecutors in Hamburg announced they were investigating the anesthesiologist and the surgeon who performed the operation at the Alster plastic surgery clinic, on suspicion of negligent manslaughter. They said a post-mortem would be performed on Ms Berger.

German porn actress “Sexy Cora” has died following a heart attack she suffered during her sixth breast augmentation last week. The 23-year-old had been in a coma for nine days after complications during the surgery to increase her breast size. She embarked on a series of breast enlargements in a bid to keep her publicity going. This kind of news are very sad because they show how many women are victims of the concept of beauty of a materialistic society which only refers to the physical, and the aesthetic values are only oriented to the body explotation and sensory enjoyment. 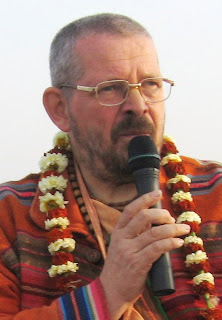 One of the biggest dangers is the obsession with the appeal of the material body. One might think that the beauty of the body is the most important, and with this mentality to accommodate the longing for a physical appearance different from what we have. This is what feeds the impressive business of cosmetic surgery. ... Men and women are under the same mistaken belief that their true nature is the body and forget that the greatest beauty resides inside. ... Cosmetic surgery increases the dissatisfaction with life; due to the fact that it really does not please the soul. We will be happy when we can advance spiritually and even more so when we will be able to know God and to feel His universal love, which binds us, all the inhabitants of the planet together. ... It is vital that people see that happiness is not achieved throught exploitation of the body. Happiness lies in loving service, which is done selflessly, to all beings. That is the invitation that makes us the Holy Scriptures of humanity, especially the Vedas.