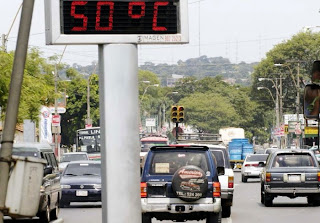 GENEVA (Xinhua) - The year 2010 is the warmest year on record, said the World Meteorological Organization (WMO), warning that the warming trend may trigger more extreme weather events. “We can indeed report that 2010 is now going to rank as the warmest year on record at the same level as 2005 and 1998,” WMO Secretary-General Michel Jarraud told a press conference. WMO findings show that in 2010, global average temperature was above that of the nominal temperature in 2005 and 1998, other two of the top three warmest years on record. “This confirms the trend, the warming trend,” said the WMO Secretary-General, referring to the fact all the top ten warmest years occurred after 1998. WMO noted diverged temperature changes in different part of the world, amid the general warming trend. In parts of Africa and southern and western Asia, as well as Greenland and Arctic Canada, temperatures were reported at record- breaking high in 2010.

At the same time, some other parts of the world have experienced cooler than average temperatures, such as northern Europe and central eastern Australia. The UN specialized agency attributed the extreme weather patterns to El Nino and La Nina, which consecutively dominated the world climate in 2010, bringing warm effects and cooling effects respectively.
“With the global warming, some of these events will become more frequent or more intense,” warned the WMO chief.

The 10 warmest years have all occurred since 1998, said the The World Meteorological Organization (WMO), also noting that, apart from extreme weather conditions, further melting of Arctic sea-ice. In December 2010, ice cover around the region registered its lowest level, 1.35 million square kilometers below the 1979-2000 average in Decembers. This will result in rising sea levels, which in turn will lead to coastal erosion and serious problems on the inhabited islands. Many of these terrible effects could be eliminated if humanity no longer eats meat and animal products derived from the livestock industry, which is responsible for the huge release of methane, a major greenhouse gas. 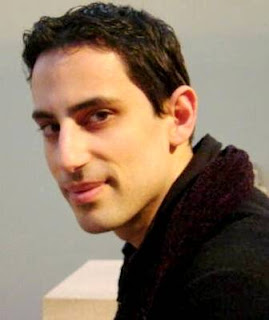 Global warming poses one of the most serious threats to the global environment ever faced in human history. Yet by focusing entirely on carbon dioxide emissions, major environmental organizations have failed to account for published data showing that other gases are the main culprits behind the global warming we see today. As a result, they are neglecting what might be the most effective strategy for reducing global warming in our lifetimes: advocating a vegetarian diet. ... Methane is responsible for nearly as much global warming as all other non-CO2 greenhouse gases put together. Animal agriculture produces more than 100 million tons of methane a year. ... The conclusion is simple: arguably the best way to reduce global warming in our lifetimes is to reduce or eliminate our consumption of animal products. Simply by going vegetarian we can eliminate one of the major sources of emissions of methane, the greenhouse gas responsible for almost half of the global warming impacting the planet today.