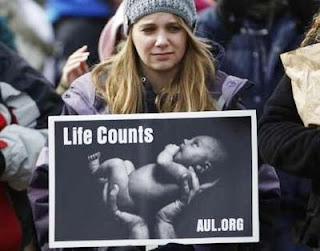 www.videtteonline.com - As the 38th anniversary of Roe vs. Wade passed this Saturday, anti-abortion activists gathered in the District of Columbia to protest such laws concerning government involvement with abortions. Roe vs. Wade was a controversial Supreme Court decision that allowed women the right to choose to have an abortion in their first trimester of pregnancy, as protected under the Fourteenth Amendment’s right to privacy. Politics surrounding abortion laws are heating up as the House of Representatives is in a Republican majority and two bills that would limit the government’s involvement in abortion procedures have been introduced, according to the Chicago Tribune. Representatives introduced bills that would permanently prohibit any federal support for the procedure and prevent women who take advantage of the health insurance subsidies in the Democratic healthcare law from using the benefits to have an abortion, according to the article. 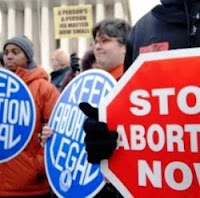 In Washington, D.C., the March for Life took place Sunday. Proponents describe it as an event where peaceful activists unite to stand up for all unborn life. President Barack Obama on Saturday said: “Today marks the 38th anniversary of Roe v. Wade, the Supreme Court decision that protects women’s health and reproductive freedom, and affirms a fundamental principle: that government should not intrude on private family matters. I am committed to protecting this constitutional right. ... And on this anniversary, I hope that we will recommit ourselves more broadly to ensuring that our daughters have the same rights, the same freedoms and the same opportunities as our sons to fulfill their dreams.”

President Barack Obama in a statement released by the White House reiterated its commitment to protect women’s right to abortion. “I am committed to protect this constitutional right,” said with emphasis the president. From the opposition, the New Jersey Republican Chris Smith, promoted a law aimed at prohibiting the use of federal funding, subsidies or tax credits to finance the coverage for abortions through health insurances. Nearly half of all pregnancies in the U.S.A. are unplanned, and four out of ten of them end in abortion. Except for exceptional extenuating circumstances, it is not morally correct to take the life of the child within the womb at any stage of his or her development. 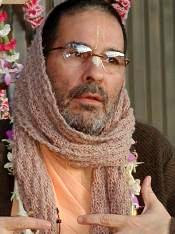 According to Hindu scripture, human life begins when the male semen fertilizes the female egg. karmana daiva-netrena jantur dehopapattaye striyah pravista udaram pumso retah-kanasrayah (SB. 3.31.1) “By divine arrangement in accordance with the principle of karma, the living entity enters into the womb of a woman through the particle of male semen to assume a particular type of body.” So there is no debate within Hinduism as to when life begins. Thus abortion involves killing, which in most cases is not acceptable. ... According to scripture, life in the womb begins at the time of conception, and sexual intercourse is something that should be regulated within the context of spiritual practice. If society were truly organized along spiritual lines, abortion would be of rare occurrence in consideration of extenuating circumstances at best.