HEROISM IN THE FLOODS: A COURAGEOUS
TALE OF SACRIFICE FROM A SUBMERGED AUSTRALIA 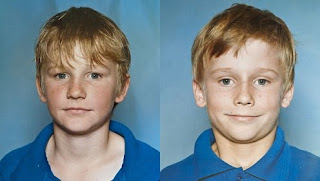 www.cbsnews.com - Jordan Rice, 13, at left, died after insisting his brother Blake, 10, at right, be rescued first from their flooded car in Australia. It’s common for one personality to emerge as the face of tragedy, and Australia’s deadly floodwaters have now claimed just such a hero to embody all that is good in the human character. At least 25 people have died since relentless rains started pounding the eastern state of Queensland in November, but the death of 13-year-old Jordan Rice has captivated the nation. On Monday, rapidly rising water engulfed a car carrying Rice, his mother and his brother in the hard-hit town of Toowoomba. The torrent knocked over the first person who attempted to reach the stranded family. A second man managed to reach the car, but when he tried to pull Jordan out, the teenager insisted his 10-year-old brother Blake be saved first. Jordan couldn’t swim.

Before the rescuer, Warren McErlean, could return to the car, a rope he was clinging to snapped. The car flipped over and Jordan and his mother Donna were carried away by the floodwater. They both died. “Jordan was swept off,” John Tyson, Donna Rice’s long-time partner and Jordan’s dad, told The Telegraph. “As soon as he went, Donna just let go, you know, trying to clutch at Jordan. The poor little boy, they just both drowned.” “He (the rescuer) went to grab Jordan first, who said, ‘Save my brother’. I can only imagine the fear coursing through his body.” “Courage kicked in, and he would rather his little brother would live,” Jordan’s older brother Kyle, 16, told The Australian newspaper. On Twitter, a wave of tweets has dubbed Jordan the “true hero” of the Queensland floods.

It’s a tragic tale of bravery and loss, known only thanks to the courage of numerous Australian rescuers, who went on to share the story. It was a horrific scene that quickly spiraled out of control: A flash flood in Australia’s Queensland - in Toowoomba, to be exact - that caught most residents by surprise. As the waters rose, as panic set in, one 13-year-old (Jordan Rice) sacrificed himself to save the brother he loved. Jordan’s bravery and selflessness has rallied the nation. A Facebook group established to honor Jordan’s memory has now registered more than 177,000 fans. In accordance with Hindu scriptures, any effective attempt to change the world lies at the morality, honesty, altruism and selflessness of each member of the society. 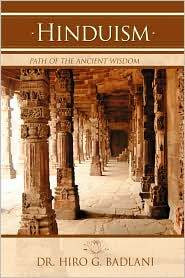 A code of conduct is presented as Yamas and Niyamas in the Shandilya and Varuha Upanishads. The teachings contained in these Upanishads are the essence of all the spiritual instruction in the epics of Ramayana and Mahabharata, the Bhagavad Gita, the Srimad Bhagavatam, Patanjali’s Yoga Shastra, and other faiths such as Jainism, Buddhism, and Sikhism, which formed as allied religions of Hinduism. The moral and ethical virtues enunciated here are of the very highest standard. Any Hindu would be proud of such a rich heritage of spiritual wisdom. The Yamas are the don’ts, which harness and control the impulsive, lower sensual nature, with its governing impulses of fear, anger, jealousy, selfishness, greed, and lust. The Niyamas are the do’s - the religious observances that cultivate and bring forth the refined soul qualities, lifting awareness into higher realms of compassion, selflessness, wisdom, and bliss.