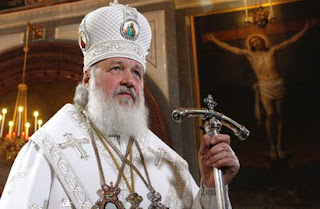 www.voanews.com - Orthodox Christians around the world have begun their celebration of Christmas, two weeks after other Christians held their observance of the holiday celebrating the birth of Jesus Christ. Together with the Russian Orthodox Church, this holiday, one of the most significant on the Christian calendar is also celebrated by the Serbian and Georgian Churches, the Greek Orthodox Church of Jerusalem and the Church of Mount Athos. The churches follow the ancient Julian calendar, which has Christmas falling on January 7. The Roman Catholic Church and others celebrate Christmas on December 25. In an appearance yesterday in Vatican City, Pope Benedict XVI expressed heartfelt greetings and best wishes to those he called the “brothers and sisters” of the Eastern churches that will celebrate Christmas today. 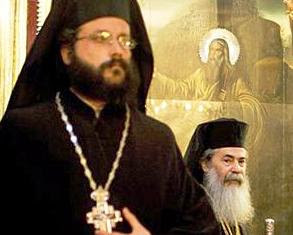 The head of the Russian Orthodox Church, Patriarch Kirill of Moscow and All Russia has sent his Christmas greetings. “From time immemorial, people have been seeking answers to questions about the meaning of life, about salvation, about finding hope. And the birth of Christ unveils to us the Divine truth. Christ is the very meaning of life, the salvation and hope for all people and for every person individually,” said the Patriarch. Yesterday, the Roman Catholic Church was observing Epiphany Thursday, the day, according to the Bible, in which the three Magi are said to have followed the star to Bethlehem, where Jesus was born. The Epiphany falls on the 12th day following Jesus’ birth, marking the end of the Christian observance of Christmas.

According to Julian calendar, Christmas falls today. Yesterday, the Serb Orthodox believers burned dry oak branches symbolizing the Yule log on the eve of Orthodox Christmas. Christmas was banned in Russia in 1917, and only since 1992, this religious festival could be held openly. But Russians celebrate Christmas differently. Christmas dinner is meatless, there is no meat on the dinner and they do not drink alcohol either. Their food consists of a lot of salads and 12 different foods symbolic of the 12 apostles. The dinner table is covered with linen on which hay is placed symbolizes Christ in the manger. They sing Christmas carols and dance in a festive atmosphere. 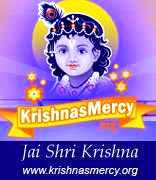 We live in a technologically advanced age, where sense gratification is the highest priority of most in society. Eating, sleeping, mating and defending are the primary activities and people are always searching for more extravagant ways to perform such activities. Chanting the holy name of God may seem like a very simple thing, but most are not interested in it. ... During the Christmas season in America, we see many people engaged in the public chanting of Christmas carols, or songs relating to the birth of Lord Jesus Christ. The songs are very pleasing to the ear and are generally well received by the public. However, this chanting shouldn’t be limited to one month out of the year. Why not sing about God every day? This is what the Vedas teach us; pretend that every day is God’s birthday. Chanting is performed by the repetition of Vedic mantras. The mantra with the most efficacy in this age is the Maha-mantra, “Hare Krishna Hare Krishna, Krishna Krishna, Hare Hare, Hare Rama Hare Rama, Rama Rama, Hare Hare.”