QUITTING SMOKING CAN LIFT YOUR MOOD

GIVING UP SMOKING LINKED TO
GREATER HAPPINESS AND HIGH MOOD 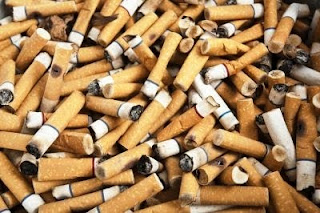 www.independent.co.uk - Smokers, you don’t likely need more reasons to stub out your cigarettes, but here’s some encouraging news: quitting smoking, or even trying to quit, will not only improve your health but can mend your mood, according to a new study. Announced in a December 2 news release, the study tracked symptoms of depression in people who were trying to quit smoking. Interestingly, study subjects described themselves as “never happier” as when they were successful at quitting, for however long that was. This counters the assumption that giving up smoking, often considered a stress-coping mechanism for many people, leads to better health but often at a psychological cost. The study was published in the journal Nicotine & Tobacco Research. 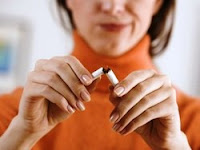 Prof Christopher Kahler, from the Warren Alpert Medical School of Brown University in the US, said that looking at the data, it is difficult to believe that smoking serves as an effective way to medicate negative feelings and depression, even if some people report using tobacco for that reason. In fact, he said, the opposite seems more likely - that quitting smoking eases depressive symptoms. He added that smokers should embrace quitting as a step towards improving mental health, as well as physical health. Among those who managed to quit for a while, the researchers found that they were in very high spirits (happy) when their smoking cessation was being successfully carried out, but their moods darkened significantly, when they started to smoke again.

The researchers found that among those who only quit smoking for brief periods, their moods were brightest at the check-ups when they had abstained. So, quitting smoking was not a nightmare, like they had imagined; on the contrary, when they resumed smoking, their moods darkened, in some cases to higher levels of sadness than before. Indeed, one finds real happiness when faced with problems and overcome them. And there is no greater happiness than that which comes when we leave our bad habits, our useless attachments, and we overcome ourselves. We should be ready to overcome our anarthas in order to be useful in the loving service to Śrī Krishna. 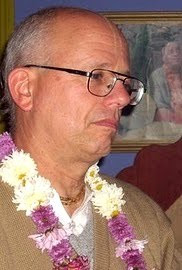 Our service starts with us, by cleansing from our own anarthas, by giving up our attachments. This is what Krishna asks us first, do you come to serve me? Good! Then you should give a good showered first! And after that you can start to serve. Being a new man you can serve Krishna, to be born again. The first birth was to serve our whims, our lust, our comfort, our stubbornness; servants of anarthas, useless things, insatiable. That’s what makes you suffer. It is yourself, it is your own mind, and other people have nothing to do. ... This pain is what purifies me, this is what makes me move on, and this is the test I have to go. When will the real tests come? Once a devotee came to see Guru Maharaja and told him: “I’m trying to quit marijuana, I can not!” Guru Maharaja said, “That’s nothing. Quitting marijuana is a piece of cake; it is like to stop chewing gum or something. The difficult thing is to leave the pride, sexual attraction, lure of money, the opulence. That is a real difficult, these are the real challenges.”