EXPERTS CALL ON UN TO PREPARE FOR ALIENS 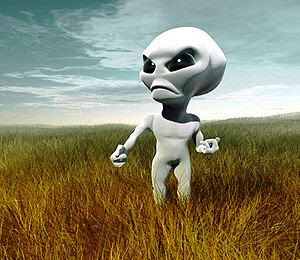 LONDON (EFE) - The United Nations (UN) should prepare a course of action, just in case the Earth should ever be contacted by extraterrestrials, scientists say in a new, extraterrestrial focused edition of the journal Philosophical Transactions of the Royal Society A. The special issue focuses on “all aspects of the search for extraterrestrial life, from astronomy and biology to the political and religious fallout that would result from alien contact.” In one article, Professor John Zarnecki of the Open University and Dr Martin Dominik of the University of St. Andrews say that “a lack of co-ordination can be avoided by creating an overarching framework in a truly global effort governed by an international politically legitimated body.” The UN’s Committee on the Peaceful Uses of Outer Space (COPUOS), which was established by the UN General Assembly in 1959, is ready made for the task, they argue. In their paper, Zarnecki and Dominik assert that COPUOS member states should begin focusing on potential extraterrestrial affairs as well, following a format similar to their subcommittees already focused on dealing with threats from asteroids and outer space objects. 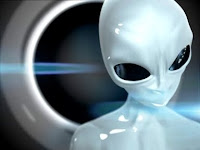 Other studies included in the Philosophical Transactions of the Royal Society A include a paper by Cambridge University Evolutionary Paleobiology Professor Simon Conway Morris advising those preparing for alien contact to prepare for a species that shares human-like tendencies “towards violence and exploitation,” and another by Pacific Lutheran Theological Seminary Professor Ted Peter, reflecting upon the impact of extraterrestrial contact on the world’s religions. “Because our religious traditions formulated their key beliefs within an ancient world view now out of date, would shocking new knowledge dislodge our pre-modern dogmas? Are religious believers Earth-centric, so that contact with ET would de-centre and marginalize our sense of self-importance?” professor Peters wrote.

Professor of Systematic Theology Ted Peter thinks that “contact with extraterrestrial intelligence will expand the existing religious vision that all of creation… is the gift of a loving and gracious God.” There is extensive positive documentation on the subject of UFOs and all these UFO evidence, based on proof and facts can be potentially useful in helping people - especially scientists - understand the overall validity of the Vedic world view. 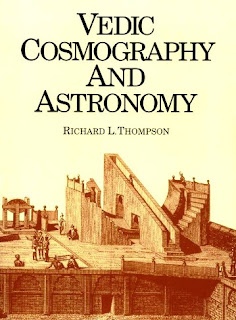 According to modern scientific thinking, the other planets of our solar system are devoid of life. ... Of course, we can depart from the scientific hypothesis of extraterrestrial aliens by proposing, say, that one superintelligent being (i.e., Brahma) may have created humanoids on other planets. ... According to Vedic cosmology, there are 400,000 created humanoid life-forms in the universe. Many are locally based (such as the Yakshas and Vidyadharas), and many are capable of unusual modes of travel (such as travel at the speed of the mind). ... The Vedic literature describes the universe as having a hierarchical organization, with a graded series of domains occupied by beings with different levels of consciousness. These domains can be divided into the lower, middle, and upper worlds, whose inhabitants are characterized by the respective modes of ignorance, passion, and goodness. Beyond the material world lies the transcendental domain of the Supreme Personality of Godhead, which is characterized by pure goodness (vishuddha-sattva).