www.huffingtonpost.com - In 2012 Diwali, the festival of lights, is celebrated today on Nov. 13 by Hindus, Jains and Sikhs around the world. The word Diwali comes from the Sanskrit deepavali, which means a row of lights. The festival of Diwali symbolizes the victory of light over dark, good over evil and knowledge over darkness. Diwali is one of the biggest festivals in the Hindu calendar and there are multiple reasons why Hindus celebrate this festival.
The most popular narrative, based in the ancient Sanskrit epic Ramayana, is of Lord Rama, his wife Sita and brother Lakshmana returning to their kingdom Ayodhya after defeating the demon king Ravana. On that dark new moon night, the residents of Ayodhya joyfully lit oil lamps to welcome Rama, Sita and Lakshmana back to the kingdom. Following in that tradition, Hindus celebrate Diwali by lighting oil lamps, bursting firecrackers, cleaning and decorating their homes, distributing sweet delicacies and gathering with friends and family. 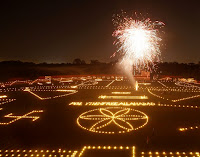 In Hindu homes around the world, people gather to offer prayers to Sita and Rama, Radha and Krishna, Lakshmi, the goddess of wealth, Ganesh, the god of auspiciousness. For many in the Hindu community, Diwali is also the beginning of a new year. A popular greeting around this time is “Shubh Diwali.”
In the Sikh tradition, Diwali commemorates the release of Guru Hargobind, the sixth Sikh Guru, who was imprisoned by the Mughal emperor Jahangir. When Guru Hargobind arrived in Amritsar, his devotees lit thousands of oil lamps to celebrate his return. For Sikhs, this day is known as Bandi Chhor Divas (day of release from prison). Sikhs celebrate Diwali by lighting oil lamps and reading from the Guru Granth Sahib, the Sikh holy text. In the Jain tradition, Diwali marks the attainment of enlightenment by Lord Mahavira, the 24th Tirthankara of Jainism who laid down the central tenets of the Jain religion as it is practiced today. Jains celebrate Diwali by lighting lamps, distributing sweets, fasting and practicing acts of charity.

The Hindu community is celebrating Diwali, also known as festival of lights on Tuesday (today). Special prayers are held at temples across the city. The Hindus celebrate this day with great zeal and fervour. Diwali is one of the most important festivals of the Hindu community and it symbolises the triumph of good over evil. In this sense, Diwali is the day that marks the return of Avatar Rama to his kingdom Ayodhya, after a self-exile of 14 years to fulfill the desire of his stepmother. Following an old custom, people enlighten candles and oil lamps outside their houses to welcome Rama. They also set off firecrackers to celebrate Rama’s return. For many reasons, today is an occasion of joy, mirth and happiness that is celebrated as a festival of lights. 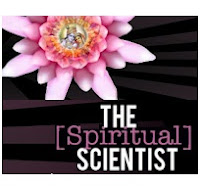 Diwali is one of the most popular festivals in the Indian calendar. The anniversaries of many auspicious historical events comprise this ancient festival. The festivities comprise of firecrackers, ceremonial bathing, feasting, artis (arathis), family get-togethers - and illuminations. The aesthetically appealing illumination dates back to many millennia when the jubilant citizens of Ayodhya welcomed Lord Rama back to their city after His exile. ... Apart from being a historical reality, this event also has immense relevance to our lives. Ayodhya is like our heart and Lord Rama is the Lord of our heart, the supreme object of love and devotion for all of us. Due to unfortunate misconceptions, we too have exiled the Lord from our heart. Just as Ayodhya became a ghost town when Lord Rama departed, our heart too has become infested with negative - and often self-destructive - feelings like anxiety, boredom, loneliness, depression, stress, prejudice, envy, anger and hatred. And, just like the citizens of Ayodhya, our lives too have become filled with emptiness and lamentation. ... Therefore while lighting the earthen lamps this Diwali, let us also light our heart with divine wisdom and love.

I am using AVG protection for a few years, I'd recommend this Anti-virus to all you.