http://miami.cbslocal.com - A fake or without an active license dentist, already under investigation for practicing medicine without a license, is now accused of treated a woman for her toothache and then kissing her buttocks after an injection, according to a Hollywood Police report.
The allegations against John Collazos, 47, stem from an incident in November 2010. After a two year search, Collazos was arrested by Davie (Florida - USA) Police in September 2012 for practicing medicine without a license and battery. Police said four victims have been identified and this is an on-going investigation. Police say the 2010 incident occurred in an apartment on Fillmore Street.
Collazos allegedly performed dental work from a makeshift office inside the unit. The unidentified victim told police that she went to Collazos to get treatment for a toothache. She told police that Collazos put some sort of paste in her mouth, but she told him it did nothing to alleviate the pain.

Collazos then allegedly told the victim that he needed inject her with medication in the buttocks. While her pants were down, the alleged victim said Collazos kissed her buttocks and touched her privates. According to the report, the woman told her sister what had happened, and her sister urged her to call police. Police say by the time they arrived, Collazos had fled through a back door. Davie Police Captain Dale Engle said, “Back in July, we had a female come forward, hesitantly, but she was concerned about her immigration status, but she was was referred to this individual through an acquaintance. When she came on one of the visits, he made some sexually overt comments and ultimately touched her inappropriately, so she did finally come forward.”
Police investigators believe there could possibly be more suspects and want anyone who may have been to this man's “practice” to come forward. Police had been investigating Collazos when he had a practice in the City of Hollywood, but before police could arrest him, he packed up and fled towards Davie city.

Police from Davie, Florida (USA) issued a search warrant and arrested the alleged unlicensed dentist, 47-year-old John Collazos. He owned and operated a dental supply company out of the warehouse and also performed dental services in the back of the warehouse. Collazos preyed on undocumented immigrants, and when one woman went to him to have some dental work done, he allegedly made ​​indecent proposals. This phony or without an active license dentist has been charged with four counts of practicing dentistry without a license, four counts of using dental equipment and one count of battery. In this age of Kali yuga the inclination to deceive others is one of the most prevailing defects of the conditioned soul. 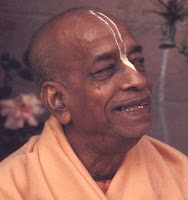 This is called samsāra-dāvānala. Even in ordinary transactions between two people, there is invariably cheating because the conditioned soul is defective in four ways - he is illusioned, he commits mistakes, his knowledge is imperfect, and he has a propensity to cheat. Unless one is liberated from material conditioning, these four defects must be there. Consequently every man has a cheating propensity, which is employed in business or money transactions. ... One may profess a high philosophy, but when one is in need of money, he becomes a cheater. ... Unless one can find a person transcendental to the four basic defects, one should not accept advice and become a victim of the material condition. The best process is to take the advice and instructions of Śrī Krishna or His bona fide representative. In this way one can be happy in this life and the next.

Order a professional Sparkling White Smiles Custom Teeth Whitening System online and get BIG DISCOUNTS!
* 10 shades whiter in days!
* Professional Results Guaranteed.
* Better than your dentist, for a fraction of the cost.
* Same strength as dentists use.