www.dailymail.co.uk -Cao Yan, a 36-year-old teacher from China, came to India last year on a mission to decode ancient Buddhist literature. Cao Yan picked up Sanskrit in the year-long training he received under retired professor Pushpa Dikhshit, an eminent Sanskrit scholar based in Chhattisgarh. Rashtriya Sanskrit Sansthan has 33,668 students enrolled in its centre for a non-formal certificate program.
Cao is not the only one interested in learning the “forgotten language.” Professionals are learning Sanskrit to read ancient texts and use the knowledge in their current profession. “I teach Buddhist philosophy (in China). A lot of Buddhist scriptures were originally written in Sanskrit. So it was necessary for me to learn Sanskrit to be able to research and teach other students in this field,” Cao, who teaches at Wuhan University in China, said.

Nearer home, Rashtriya Sanskrit Sansthan is witnessing a turnaround in its fortunes. Established in 1972 by the ministry of human resource development, it's a deemed university with 11 campuses across the country. Nearly 750 students enrolled in its distance mode this year, which is up from about 300 students in its debut year in 2010 “We have engineers, teachers, businessmen and even farmers learning Sanskrit these days. They have perhaps realized that matter related to their work and life is available in Sanskrit books,” said Ratnamohan Jha, national coordinator of non-formal Sanskrit education.
Increased awareness about Vaastu Shastra, Yoga and Ayurveda has also added to the relevance of Sanskrit. Rashtriya Sanskrit Sansthan's Delhi campus has 36 students in the current batch of its entry-level course, Shastri Bridge. Of them, seven are engineers, three are teachers and two are doctors. However, employment opportunities for Sanskrit learners are dismal.

Many professional people started to learn Sanskrit and many academics from foreign universities (such as Columbia University in the US, Margug University in Germany and Sorbonne University in France) appreciate Sanskrit and its heritage value. “People from other professions have started to value the source of all scientific and practical knowledge. And this has globalized Sanskrit in the process,” says Dr Pankaj K. Mishra, associate professor, department of Sanskrit, St Stephen's College. “Texts available in Sanskrit are so vast that one can find information about many topics and issues that we deal with today,” says Radha Vallabh Tripathi, Vice-chancellor, Rashtriya Sanskrit Sansthan. 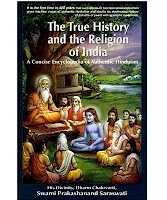 Sanskrit is the language of the Divine abodes. The Divine abodes are inhabited with unlimited Saints who are always drowned in the felicity of the Bliss of their beloved God. The language of these abodes is Sanskrit. So all the prime scriptures (Vedas and Puranas etc.) are in Sanskrit language, and this is also the language of the celestial abodes. The Sanskrit grammar is produced on the earth planet by the eternal Sages along with the Vedas and Puranas. Being the Divine language it is perfect by its own nature. ... The perfection of the pronunciation (of the consonants and the vowels) and the uniqueness of the grammar that stays the same in all the ages (from the very beginning of human civilization and up till today) are such features which themselves prove that Sanskrit is not manmade; it is a Divine gift to the people of this world.


Swami Prakashanand Saraswati (Shree Swamiji) :
“The True History and Religion of India”
“Synopsis” - “The Eternity of the Sanskrit Language and its Grammar”
http://encyclopediaofauthentichinduism.org/articles/11_the_divineness_of.htm
http://www.thevedicfoundation.org/the_true_history_and_the_religion_of_india/index.html