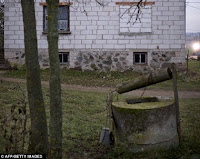 www.dailymail.co.uk - A Polish woman has been arrested on suspicion of killing at least five of her newborn babies, and hiding the bodies on her farm. The 41-year-old woman, identified only as Beata Z, gave birth to eight babies between 1998 and 2012, but only two, aged seven and ten, remain alive, said Maria Kudyba, a prosecutor in Lomza in northeastern Poland. Four bodies have been recovered from in the attic, cellar and the stable of the farm in where Beata Z, a widow, lived with her new partner and the two living children.
Investigators are searching the farm in Hipolitowo village, outside Lomza, for a fifth body and are trying to determine the fate of the sixth baby. Social workers alerted police this summer when they saw no baby born after Beata Z appeared to have been pregnant. The woman will be held for at least three months while an investigation is carried out. 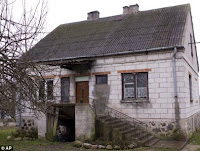 During the investigation, autopsies will be held to confirm that Beata Z is the mother of the four dead babies. Ms Kudyba said: “We know that between 1998 and 2012, the woman gave birth to six children, four boys and two girls. They were born alive. We have established that five of them are dead. An investigation is under way to find out what happened to the sixth.” The woman has been questioned regarding the events, but prosecutors would only confirm that she will undergo psychiatric examination.
Investigators refused to speculate about possible motives in the case, which has been widely covered by the Polish media. The alleged crimes have shocked the predominantly Catholic nation, where terminations of pregnancies are strictly controlled. Polish anti-abortion law only allows a termination if it threatens the life of the mother, the foetus is irreparably damaged, or the pregnancy resulted from a crime.

A Polish woman, Beata Z, has been arrested on suspicion of killing at least five of her newborn babies. A prosecutor said Beata gave birth to eight babies between 1998 and 2012, but only two remain alive. Four bodies of babies have been found on the woman's farm in Hipolitowo village. Investigators are searching for a fifth body and trying to determine the fate of the sixth baby. Poland, which is predominantly Catholic, has a strict anti-abortion law. Killing the fetus in the womb of the mother or later, when the baby is just born, are terrible crimes that can be analyzed from the karmic point of view. Both the soul in the fetus / baby and the soul in the mother who aborts / kills are implicated in reaping a karmic reaction (fruit) and in initiating a karmic reaction (seed) respectively. 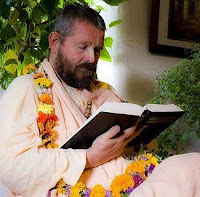 Friend of my soul, aborting a child is like loosing our own fortune in life; it is an invitation to misery. After abortion, a person will not be able to look at a child without remembering the creature that was denied the right to live. ... It is probable that the child that is being aborted was once involved in abortion, and that the mother who is aborting will in her next birth be aborted - “an eye for an eye, a tooth for a tooth”. Nature’s law of action / reaction confirms that crimes like abortion the reaction is very strong; only God can forgive it. This means we must change our life and become messengers of love, offering protection towards children and animals. First, men cruelly kill animals. Later, they start to kill children in the mother’s womb; and finally they destroy themselves on the battlefields as well. That was the view of the philosopher and poet, Tolstoy; and that's the way nature works. ... In this world we need to be an instrument of God’s love, so repeat this daily prayer to stay in contact with God’s Love: “Oh my Lord, please let me be an instrument of Your Love”.