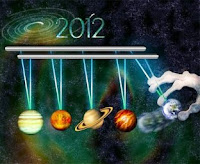 http://profit.ndtv.com - Quashing the 'doomsday' rumours, top NASA scientists have assured that the world won't end on December 21, 2012. “The world will not end in 2012. Our planet has been getting along just fine for more than 4 billion years, and credible scientists worldwide know of no threat associated with 2012,” NASA said on its website. The 'doomsday story' started with claims that Nibiru, a supposed planet discovered by the Sumerians, is headed toward Earth, scientists said.
This catastrophe was initially predicted for May 2003, but when nothing happened the doomsday date was moved forward to December 2012 and linked to the end of one of the cycles in the ancient Mayan calendar at the winter solstice in 2012 - hence the predicted doomsday date of December 21, 2012, they said.
“Just as the calendar you have on your kitchen wall does not cease to exist after December 31, the Mayan calendar does not cease to exist on December 21, 2012,” NASA said. 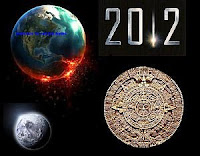 “This date is the end of the Mayan long-count period but then - just as your calendar begins again on January 1 - another long-count period begins for the Mayan calendar,” NASA said. Scientists also clarified that the rumour of a planet or brown dwarf called Nibiru or Planet X or Eris approaching the Earth and threatening our planet with widespread destruction is just an “Internet hoax”. “Nibiru and other stories about wayward planets are an Internet hoax.
There is no factual basis for these claims. If Nibiru or Planet X were real and headed for an encounter with the Earth in 2012, astronomers would have been tracking it for at least the past decade, and it would be visible by now to the naked eye,” scientists said. “Obviously, it does not exist. Eris is real, but it is a dwarf planet similar to Pluto that will remain in the outer solar system; the closest it can come to Earth is about 4 billion miles,” they said. NASA astronomers are carrying out a study called the Spaceguard Survey to find any large near-Earth asteroids long before they hit.

We’re less than a month away from the so-called end of the world, but NASA says you don’t have anything to worry about. The US Space agency specified that the Mayan calendar does not end in December 2012. Just as your desk calendar ends on Dec. 31 and world keeps going on, the same goes for the Mayan calendar, NASA explained. Just before you run out of pages doesn’t mean life as we know it will cease to exist. The science experts also dispel a few other online rumours associated with the end of 2012. The planets are not going to align, there is no predicted blackout for this December and the Earth’s rotation isn’t going to change directions. According to the Vedic point of view there is still a long time for the dissolution of the universe. We are living in the Kali yuga, the present age of quarrel and hypocrisy, of which only 5,000 of 432,000 years have passed.