LONELINESS CAN BE "CONTAGIOUS" 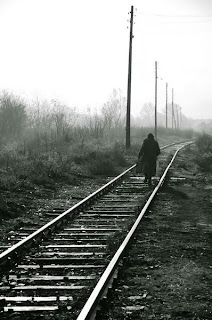 NEW YORK (ABC News) -It only takes one individual in a group to begin to feel lonely for the feeling to spread to others, according to a US study. After tracking more than 5,100 people and their social contacts over 10 years, researchers found that loneliness can be contagious and that lonely, disconnected people tend to move to the fringes of social networks. "On the periphery, people have fewer friends, yet their loneliness leads them to losing the few ties they have left," said University of Chicago psychologist John Cacioppo. The study also found that women were more likely to "catch" loneliness from others, in line with previous work suggesting that women rely more on emotional support than men. Before lonely people sever relationships, they transmit loneliness to their friends who then also become lonely, according to study published in the Journal of Personality and Social Psychology. "Loneliness can spread from person to person to person - up to three degrees of separation," said James H. Fowler. Indeed, the study suggests that not only is loneliness contagious, but lonely people tend to isolate themselves in small groups that somehow compound or increase those feelings of solitude.

"Non-lonely people who are exposed to lonely people may make others in their network a little more lonely. Perhaps this is why the effect of loneliness can be seen at three degrees of separation. My friend has a lonely friend, so my friend starts acting less affirming overall, which makes me act a little less positively, which then affects my other friends." The study uncovered a pattern of loneliness showing that lonely people "infected" those around them with the negative emotion and that lonely people moved to the edges of social networks. The neighbours of lonely people who experienced an additional day of loneliness a week caused their own neighbours and close friends to feel lonely and share less time together. Fowler co-authored the findings with John T. Cacioppo (University of Chicago) and Nicholas A. Christakis (Harvard University).

Seeing my wretched condition, my true well-wishers and friends on the spiritual path repeatedly counsel me to refrain from these whimsical activities and take again to the protective guidance of Guru, Vaishnavas and Śāstra. Previously, when I considered their instructions to be nectar, I bade farewell to worldly pleasures and came to perform bhajana, spiritual practices. My extreme misfortune, however, now keeps me in the guise of a saint, directly or indirectly impelling me to become mad in the pursuit of wealth, women and prestige. Instructions for my welfare no longer seem beneficial.