TODAY DECEMBER 25th, CHRISTMAS IS
COMMEMORATED ALL AROUND THE WORLD 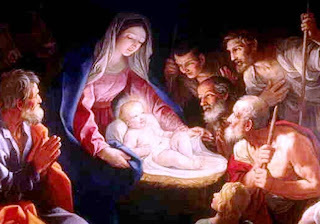 BBC News / AFP - Christians all over the world are commemorating this Friday, December 25, the Christmas, a celebration for the birth of Jesus Christ, son of God, and his revelation to human beings. All over the world jingle bells are tolling and Christmas trees and decorations adorn homes and business premises. The atmosphere of Christmas is unmistakable. It is highly evocative. Turkeys and hampers are moving around as typical yuletide gifts despite the current global economic downturn, and the air is filled with moving carols. In many countries, the Christmas celebration actually started way back in October with shopping and aggressive sales promo aimed at stimulating consumption. The birth of Jesus Christ was always a reason for happiness among Christians, since it brings a message of love, fraternity and equality amongst man. Christmas is considered by people from various religious as the date devoted to family union, peace, fraternity and solidarity amongst human beings.

Survey shows that no single religious festival is nearly as influential as Christmas. For many families, including non-Christian ones, it has become a time of family re-union, a time for catching up with friends and relations not seen for long. There is therefore a tendency for all of this to make us miss the real significance of Christmas or to trivialise the reason for the season. Christmas is the celebration of the birth of the founder of the Christian faith, Jesus Christ whom Christians believe to be God incarnate who came into a sinful world to save mankind. 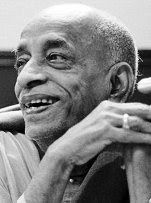 Once, in Melbourne, a group of Christian ministers came to visit me. They asked, “What is your idea of Jesus Christ?” I told them, “He is our guru. He is preaching God consciousness, so he is our spiritual master.” The ministers very much appreciated that. Actually, anyone who is preaching God's glories must be accepted as a guru. Jesus Christ is one such great personality. We should not think of him as an ordinary human being. The scriptures say that anyone who considers the spiritual master to be an ordinary man has a hellish mentality. If Jesus Christ were an ordinary man, then he could not have delivered God consciousness.