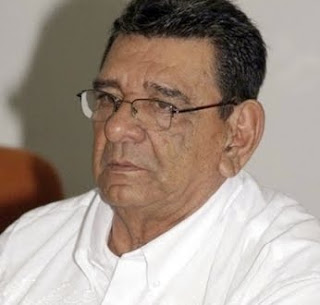 BOGOTA, Colombia (AHN) - The body of kidnapped Colombian governor, Luis Francisco Cuellar was found beheaded. Leftist rebels kidnapped the governor from his home on Monday night. The kidnapping and burtal murder of one of the country's top lawmakers has shocked many of Colombia's residents, who believed the days of political kidnappings were over. Addressing the nation Colombian President Alvaro Uribe revealed that the governor, of the southern Amazon province of Caqueta, was brutally slaughtered by the Revolutionary Armed Forces of Colombia (FARC). His body was found in a jungle area where the rebels are known to frequent. Reportedly the rebels were being pursued by government forces when they killed and dumped Cuellar's body. The governor was seized from his home in Florence, the provincial capital Monday night in an attack.

The attacking guerrillas, who were reportedly wearing uniforms similar to police, fought an intense gun battle with Cuellar's security guards. Ten assailants, dressed in army uniforms and identified by the government as members of the Revolutionary Armed Forces of Colombia, or FARC, seized a pajama-clad Cuellar, 69, in his residence. The attackers killed one police guard, wounded two and exploded a grenade to gain entry. Hours after a massive military operation was launched to rescue him, his body was discovered, about 15 kilometers (10 miles) south of the provincial capital Florencia, with a slashed throat. Cuellar was the most high profile politician abducted and murdered since Uribe came to power in 2002, promising a "safe democracy" and a heavy military crackdown on armed rebel groups. Cuellar, who turned 69 on Tuesday, had already been kidnapped four times in the past 23 years before he became governor. He became governor in January 2008 and, to date, his abduction has been the most high profile kidnapping in Colombia since 2002.

The soul of the beings is not killed when the body is killed. It is inseparable part and parcel of God. Compare the sun and sun's rays to God and jiva souls. As we cannot think of the sun without the rays nor the rays without the sun, so we cannot think of God without jiva souls or the jiva soul without God. The difference between the two is that one is Brihat, great, nothing greater nor equal to God, while the soul is tiny and atomic. The cloud may intercept and obstruct the rays when coming to earth but the cloud cannot cover the sun. Maya may intercept jivas from God but cannot cover God. It is well established in Vaishnava Philosophy that both God and the individual souls are distinct entities jivas are plural coexisting in the absolute.
Śrīla Bhakti Vilasa Tirtha Mahārāj:
“Preface to Srila Bhaktivinoda Thakura's Jaiva Dharma”
Bhaktivedanta Memorial Library - www.bvml.org/SBTP/
Publicado por dasavatara das en 8:23 AM