TANTRA AND MANTRA ARE SCIENCES

ARE TANTRA AND MANTRA
SCIENTIFIC PROCESSES ? 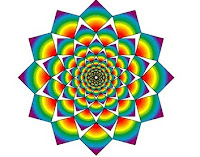 www.speakingtree.in - India is an ancient civilisation and the birthplace of ancient wellness arts like yoga, meditation, mantra and tantra, which have been developed for the good of humanity. Tantra and mantra are based entirely on the principles of physical sciences and the knowledge of energy or spirit. Contrary to popular perception, these sciences cause no harm. Neither are they some kind of black magic.
In fact, tantra and mantra are already present in our daily life. For instance, the symbol of swastika is a talisman, Aum bhur bhuva swaha is a mantra for every day and Aum ain hi kri chamundaye vichche is a common mantra just as a yagna or havan are popular rituals. Did you know, the word tantra in English means ‘technique’ or system? That is the origin of terms like the nervous system and the respiratory system in the human body. In plain words, yagna and yoga are methods of regulating the entire energy system in a human body to enhance the power of the mind or mann. 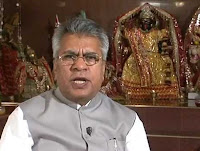 And Tantra actually means to protect one’s intellect, wisdom and strength from any kind of problem. Tantra is described in Sanskrit as tamasstnayate yastu sa tantra, which means the knowledge that leads from darkness to light; and mantra means the power to make the mann or mind elevated. An accomplished tantra or religious act based on scientifically attained faith allows trust and goodness to flourish in one’s mind.
This external energy enhances the existing ability and energy in the body to unite the elements present in the body. Energy is the finest form of the universe. This energy can be matter, or mantra, or faith, or pertaining to some god or goddess, but whatever the means of energy, it is always associated with the existence of man.
In Tantra, energy means to strengthen that aspect of the mind, body and environment from where sorrows can enter. ... The results that you would achieve in years through scriptural methods can be achieved in a matter of days through tantric methods.

According to Chamunda Swami - the author of the article - tantra and mantra are not magic but scientific processes which regulate the union of various elements in the human body. Chamunda Swami, who is a spiritual healer and astrologer gives this example, “in the rainy season, only the leaks in the roof are mended so that the house remains dry. Exactly in the same manner, tantra and mantra mend those holes through which sorrows and calamities enter our life due to adverse position of stars or one’s karma.”  Suffering, which is the ‘gift’ of the physical world, increases the weakness in the mind, and tantra and mantra destroy these weaknesses with the strength of virtues. The Mantras are mystic sound syllables endowed with spiritual energy. The Tantras consists of Cosmology, Yogic exercises, Astronomy, Astrology, Palmistry, as well as the knowledge of the Chakras and Kundalini power. 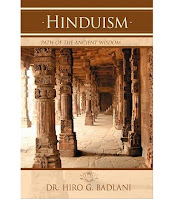 The Vedas are regarded as literature immortal. The word Veda originates from the root vid, which means “to know.” ... Mantra - The word mantra, which has been adapted by Western society, is derived from man (mind) and tra (purity). Mantras are energy-based sounds. Saying any word with a deep sense of commitment produces an actual physical vibration. All mantras have meaning. Each syllable and word has a reason for being there. When produced correctly and with honest intent, the mantra comes alive. Tantra - the Tantra scriptures are mostly dedicated to the Shakta philosophy of Hinduism, although there are also separate Saiva and Vaishnav scriptures of this tradition also. The Tantra techniques deal with the arousing of the dormant spiritual energy of the body by the divine spark of meditations and other methods. Some of these Tantra techniques, like Kriya yoga and Kundalini yoga, have gained popularity in many different parts of the world, apart from India.


Dr. Hiro Badlani :
“Hinduism - Path of the Ancient Wisdom”
“Vedas: The Foundation of Hinduism”
“Roots of Hinduism in the Ancient Cultures of India”
http://hinduismpath.com/

Many youngsters fall in love and they lost their love for many reasons and disturb from our life many are trying attempt to suicide but not used a solution We can take help of astrologer to solve our problems they used many techniques.Islamic Tantra Mantra

Many person are using black magic to get rid from human problems like love, money and other but the use of tantra mantra is more dangerous if this is performed without any guidance of islamic kala jadu specialist.