HANUKKAH: A CELEBRATION OF LIGHT

HANUKKAH: THE JEWISH
FESTIVAL OF THE LIGHTS 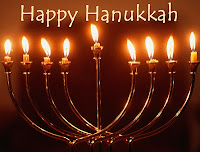 www.speakingtree.in - By just about any measure, Hanukkah is not an important Jewish holiday. But there are good reasons why we still celebrate it. Unlike Rosh Hashanah and Yom Kippur, there's no need to atone for a year's worth of sins on Hanukkah. It doesn't commemorate an important biblical event, such as the handing down of the Ten Commandments to Moses on Shavuot. And there are no strictly-mandated ritual dinners like the Passover seder. The story behind it isn't even in the Torah, since it's based around events that happened much later.
One of the things we do best around this time of year is eat. And you don't need to be religious, let alone Jewish, to enjoy a wholesome Hanukkah meal. Even the religious aspects of Hanukkah come across as a bit forced. Sure, we light candles to mark each of the eight nights of the holiday. But the reasoning behind it, the “miracle of the oil”, is the only thing in the story of Hanukkah that's given any religious significance. 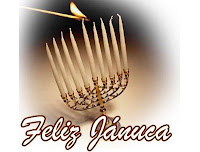 And even this so-called “miracle” - they thought they only had a single day's worth of oil to light the Menorah in the Temple, but somehow it lasted for eight days - is, to be honest, a little bit lame. It's not even all that original a holiday by our own standards.
The basic story of Hanukkah - in which Jewish rebels fought back against a tyrannical king who tried to wipe them out - is played out so many times in the Jewish narrative that there's an oft-repeated joke suggesting every Jewish holiday could be summed up as, “They tried to kill us. We survived. Let's eat.”
Religious and secular Jews don't always see eye-to-eye, but most will agree that Jewish holidays are the perfect opportunity for families to meet and celebrate. We all know how difficult it can be to co-ordinate everyone's busy schedules. But like Rosh Hashanah or Passover, Hanukkah is a great catalyst for bringing people together, enjoying a lunch or dinner and playing games.

Hanukkah falls 25th day of the month of Kislev in the Jewish calendar, and ends the evening of Dec. 16. The eight-day celebration commemorates the rededication during the second century B.C. of the Second Temple in Jerusalem. It is also a celebration of the first miracle that occurred after reclaiming the temple. The story tells how the Maccabees had a jar of enough oil to light the temple for one night, but it lasted eight nights - the amount of time it took to make more oil. The celebration is observed through the lighting of candles on a Menorah, the nine-branched candelabrum. Eight candles are lighted each night of Hanukkah and the ninth branch (shamash), often given a place of prominence in the center, is used to light the other candles. Ancient Jewish traditions and the mystical aspect of Judaism have correlations in Hinduism.

There are also several similarities and correlations between the rituals found in Hinduism and Judaism: food is offered to God and consecrated by God which is accomplished by praying over the food and then sharing it. The lighting of candles and the Hindu arti, or waving of the lights, is also analogous. Shabbat is also similar to the Hindu idea of taking time out for reflection and meditation. Additionally, they are both non-proselytizing traditions; more than a set of religious tenets, a way of life, with historically situated cultural associations beyond the mandir and the synagogue. ... An important thing that happens is that Jews who get involved in Asian religions do not reject their Jewishness. Judaism is a culture as well as a religion. Even Jews who actively and sincerely follow a Hindu guru, or the Dalai Lama, still have barmitzvahs, still often send their children to synagogue schools, they celebrate Passover, Hanukah, yet they feel comfortable in their embrace of Hinduism as well.