A STRUGGLE TO OVERCOME MOUNTAINS OF WASTE

http://main.omanobserver.om - An army of road sweepers and refuse collectors keep the streets clean in the heart of Hong Kong - but on the outskirts, growing mountains of waste are testament to what campaigners say is an environmental crisis. While the city may look well-kept, its three huge outdoor landfill sites are piled high with rubbish and are set to reach capacity by 2020, according to the government's Environmental Protection Department (EPD). Some predictions say the first one will be full in a year or two.
The majority of the 13,000 tonnes of rubbish dumped at landfills in Hong Kong each day is termed 'municipal solid waste' (MSW), generated by households, business and industry. With a population of more than seven million, Hong Kong is sending 1.3 kg of MSW per person to landfills daily.

Most of it is 'domestic waste' - rubbish from homes and institutions including schools, as well as refuse collected by public cleaning services, from food to furniture. Its per capita generation of domestic waste is significantly higher than other leading Asian cities, including Tokyo, Seoul and Taipei.
In a statement, the EPD acknowledged Hong Kong "has a waste crisis" and added that this can only be dealt with "by taking multi-pronged actions, ranging from waste reduction at source to enhancing waste recovery, as well as building a comprehensive and modern waste treatment infrastructure that can handle different types of waste". The government and green groups believe that waste charging for households and businesses according to the amount they dispose of is the key to reducing the amount of rubbish generated.

It is not the government the only one responsible of tonnes of rubbish which are dumped everywhere in the big cities, the public's attitude to consumption has been partly blamed for the problem. "We need to have a clear roadmap for waste reduction, otherwise our rubbish will be on the streets in seven years' time," environmental scientist Professor Jonathan Wong, of the Hong Kong Baptist University, said. "Hong Kong is a fast-moving city and people want to keep up with the trends, whether it's clothing or iPhones," said Angus Ho from the Hong Kong environmental NGO Greeners Action. Do not be a passive onlooker of the destruction of our world. Be active. Do something! 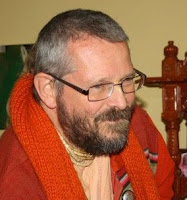 Humanity has tried everything in the last few thousand years. Every economic and political system, as well as the industrialized, technological information age have failed to improve the human character and create a balanced environment. We are not leaving a healthy planet, let alone a system that works, in order to continue living as we have been used so far. ... Always separate the garbage strictly, recycling everything possible. ... No more plastics until there is NO other way out. Use wood toys for your children. Let them feel and love nature. Teach them about Mother Nature and Father Krishna. ... Organize and create civic action. Use natural products like leaf-plates, natural fiber shopping bags, and organic grown produce whenever available.

There's a chance you're qualified to receive a Apple iPhone 7.