http://shine.yahoo.com - Middle-aged women battling depression may be twice as likely to have a stroke as women in the same age group who are not depressed, a new study finds. "Our findings, however, suggest that depression may be a stronger risk factor for stroke in mid-aged women than was previously thought," lead researcher Caroline Jackson, an epidemiologist in the School of Population Health at the University of Queensland in Australia, said in a statement. The study focused on women aged 47 to 52.
A stroke occurs when damage to an artery deprives the brain of oxygenated blood, causing brain cells to die and allowing toxic chemicals to build up. Approximately 795,000 people in the United States suffer a stroke each year (75 % of stroke victims are 65 or older). 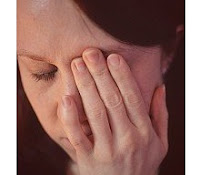 Jackson and her colleague Gita Mishra, a professor of life course epidemiology at the University of Queensland, looked at data from 10,547 women aged 47 to 52 years, none of whom had a history of stroke. About 24 % of the women surveyed said that they suffered from depression and, during the course of the study 117 of them had a stroke for the first time.
Jackson and Mishra found that depressed women were 2.4 times more likely to have a stroke than women who did not say they were depressed.
After eliminating other risk factors - including age, socioeconomic status, high blood pressure, obesity, heart disease, diabetes, and lifestyle choices like smoking, drinking, and exercising - middle-aged women with depression were still at higher risk for stroke than others in the group.

This study did find a link between depression and stroke. "Depression is a strong risk factor for stroke in mid-aged women, with the association partially explained by lifestyle and physiological factors," researchers concluded. "We need to carry out further research to identify the mechanism by which depression affects stroke risk," researcher Caroline Jackson said in a statement. The stroke is the third leading cause of death in the U.S., and it kills about 150,000 people annually. Life is very difficult, there are problems at each step; but the biggest problems and their corresponding solutions are found within ourselves. 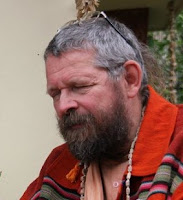 Depression is the result of not knowing what to do or what our true identity is. Do not think that depression can be reversed through the invention of new psychiatric drugs. Evil must be attacked at its very root, where it is very difficult because most depressed people are not willing to question their modus vivendi, or their concepts about existence. ... Depression is not an incurable disease, but our materialistic society is far from knowing how to cure it, because in essence, it is itself the cause of the disease. The cure resides in the timeless, deep wisdom that is found in the company of those who have dedicated their lives to spiritual understandings and practices.