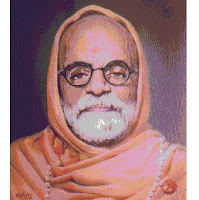 www.indiadivine.org - Indian civilization has surprised academicians time and again with simple age old techniques for solving complex problems. Difficult problems or huge sums can often be solved immediately by the Vedic method or Vedic Mathematics technique, which is derived from the Ganita Sutra in the Vedas. Vedic Mathematics is the name given to the ancient system of Mathematics which was rediscovered from the Vedas between 1911 and 1918 by Sri Bharati Krsna Tirthaji (1884 - 1960).
In the beginning of the 20th century, when there was a great interest in various Sanskrit texts in Europe, some scholars ridiculed certain texts were titled GANITA SUTRA, which means mathematics. The European scholars could not decipher any mathematics in the translations and therefore dismissed the texts as rubbish. 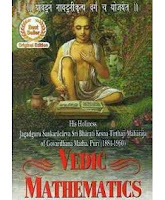 Bharati Krsna wrote sixteen volumes expounding the Vedic system but these were unaccountably lost and when the loss was confirmed in his final years he wrote a single book - Vedic Mathematics. It was published in 1965, five years after his death. According to his research all of mathematics is based on sixteen Sutras, or word - formulae. For example, ‘Vertically and Crosswise’ is one of these Sutras. These formulae describe the way the mind naturally works and are therefore a great help in directing the student to the appropriate method of solution.
Perhaps the most striking feature of the Vedic system is its coherence. Instead of a hotchpotch of unrelated techniques the whole system is beautifully interrelated and unified. This unifying quality is very satisfying; it makes mathematics easy and enjoyable and encourages innovation.

Bharati Krsna, who himself was a scholar of Sanskrit, Mathematics, History and Philosophy, studied these texts and after lengthy and careful investigation was able to reconstruct the mathematics of the Vedas. The author of the article, the Editor of IndiaDivine.org, explains that "These striking and beautiful Vedic methods are just a part of a complete system of mathematics, which is far more systematic than the modern system. Vedic mathematics manifests the coherent and unified structure of mathematics and the methods are complimentary, direct and easy." In ancient India, mathematics served as a bridge between understanding material reality and the spiritual conception. 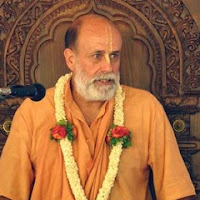 Spiritually advanced cultures were not ignorant of the principles of mathematics, but they saw no necessity to explore those principles beyond that which was helpful in the advancement of God realization. ... One of the foremost exponents of Vedic math, the late Bharati Krishna Tirtha Maharaja, author of Vedic Mathematics, has offered a glimpse into the sophistication of Vedic math. Drawing inspiration from the Atharva-veda, Tirtha Maharaja points to many sutras (codes) or aphorisms which appear to apply to every branch of mathematics: arithmetic, algebra, geometry (plane and solid), trigonometry (plane and spherical), conics (geometrical and analytical), astronomy, calculus (differential and integral), etc.

Vedic maths is based on sixteen sutra's or principles . These principles are general in nature and can be applied in many ways . In practice, the vedic system is used to solve difficult problems or huge sums in more effective and easy way.These method are just a part of a complete system of mathematics which is far more systematic than the modern system taught now. The simplicity of vedic mathematics helps us to solve the calculations mentally with sifficient practice.
Vedic maths is highly helpful in cracking competitive exams .There are many vedic math online course one of them is http://www.wiziq.com/course/1507-vedic-mathematics-complete-certified-course So if anybody is intrusted to learn vedic math online can visit the link.