www.washingtonpost.com - Later yesterday and today over parts of Australia and the Pacific ocean, the moon passes in front of the sun, leaving behind all but a golden trail of light. The term for this dramatic alignment of the moon and sun is an annular or “ring of fire” solar eclipse. The last annular eclipse occurred May 20, 2012, and was viewable over parts of the western U.S. This year’s version will not be visible over North America, but will be broadcast online via the Slooh Space Camera for all to see.
The website Earth Sky provides a detailed location-based timeline of the eclipse evolution. And AccuWeather provides a forecast of sky conditions along the eclipse’s path; it is generally favorable for viewing. Here are some viewing tips for the solar annular eclipse. 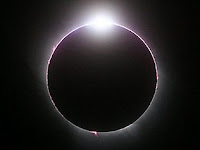 Do not look at the eclipse with the naked eye or with a camera or telescope without a solar filter. Doing so could cause irreversible eye damage. NASA warns: the concern over improper viewing of the Sun during an eclipse is for the development of “eclipse blindness” or retinal burns. For safe viewing with your eyes, obtain special solar eclipse sunglasses (ordinary sunglasses will not protect you) or create your own eclipse viewing device. For photographing the eclipse directly, you need a solar filter for your camera. Viewing or photographing the eclipse indirectly - via the ground - is possible without eye protection or filters.
The next solar eclipse viewable in the U.S. will be a partial solar eclipse on October 23, 2014. But just wait until August 21, 2017 when a total solar eclipse traverses the country crossing the U.S. from the Pacific to the Atlantic.

This first solar eclipse of 2013 occurs today. It will transform the sun into a dazzling "ring of fire" for observers in Australia, weather permitting. Also known as an annular eclipse, it  happens today, starting in Western Australia, it will move over the Northern Territory, crossing Cape York and passing through Papua New Guinea and the Solomon Islands. Two Aboriginal communities, Kowanyama and Pormpuraaw, will experience it in full, whereas other parts of the world only will be able to see a partial solar eclipse. These cosmic events reminds us when the gopīs of Vrindāvana and the residents of Gokula, met Krishna at Kuruksetra during a solar eclipse. 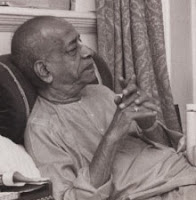 After His separation from Vṛndāvana and the innocent rural cowherd boys, girls, ladies and others, they all felt shock throughout their lives, and the separation of Rādhārāṇī, the most beloved cowherd girl, is beyond expression. Once they met at Kurukṣetra during a solar eclipse, and the feeling which was expressed by them is heartrending. ... Krishna, Baladeva and Subhadrā are represented in the famous Jagannātha temple of Purī, and the temple is still visited by thousands of pilgrims daily. This temple is in remembrance of the Lord's visit at Kuruksetra during an occasion of solar eclipse and His subsequent meeting with the residents of Vrindāvana. The meeting of Rādhā and Krishna during this occasion is a very pathetic story, and Lord Śrī Caitanya, in the ecstasy of Rādhārāṇī, always pined for Lord Śrī Krishna at Jagannātha Purī.

BlueHost is definitely the best hosting company for any hosting plans you require.