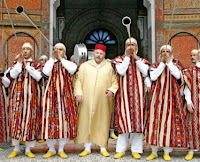 www.eurasiareview.com - Morocco owes its image of a modern Muslim nation to Sufism, a spiritual and tolerant Islamic tradition that goes back to the first generations of Muslims who, for centuries, has supported religious cohesion, social and cultural Moroccan society. Sufism provides answers to some of the most complex problems facing the contemporary Muslim world, where youth comprise the majority of the population. Sufism attracts more young Moroccans because of its tolerance, due to the easy interpretation that gives to the Qur’an, its rejection of fanaticism and its embrace of modernity.
Sufism balanced lifestyle that allows them to enjoy arts, music and love without having to abandon their spiritual or religious obligations. Sufi orders organize regular gatherings to pray, chant and debate timely topics of social and political, from the protection of the environment and social charity to the fight against drugs and the threat of terrorism.

In addition, focusing on the universal values that Islam shares with Christianity and Judaism (as the pursuit of happiness, the love of the family, tolerance of racial and religious differences and the promotion of peace) Sufi gatherings inspire young people to engage in interfaith dialogue. Sufis distance themselves from fundamentalists (who see Islam strict and Utopian emulation of the Prophet Muhammad and his companions), with particular emphasis on the adaptation of community concerns and priorities of the modern time. Sufis neither condemn unveiled women nor do they censor the distractions of our time. For them, the difference between virtue and vice is the intent, not appearances.
People get together to sing Sufi poetry, the primordial essence of the human being, the virtues of simplicity and the healing gifts of Sufi saints such as Sidi Abderrahman Majdub, Sidi Ahmed Tijani, and Sidi Bouabid Charki, spiritual masters revered for having attained spiritual union with God during their earthly lives.

Most Moroccans, young or old, practice one form of Sufism or another. “In addition to Moroccans, thousands of young people in Europe, America and Africa flock to sacred music festivals organized every summer by Sufi movements throughout Morocco, to sing and celebrate their enthusiasm for life and their commitment to the universal values of peace. The scene at these festivals completely refutes the kind of image that extremists seek to convey to Muslim youth. It is this fusion of Sufism and modernity that produces a unique aesthetic experience, which is attractive to Moroccan youth who reject extremism and uphold values of a shared humanity,” explains Said Temsamani, author of this article, who is a Moroccan political observer and consultant. Hinduism can be considered a living link between the ancient teachings of Islamic Sufism, Christian Gnosticism and Jewish Kabbalah. 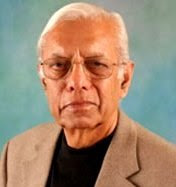 Hindu sages have always considered different religions as divergent aspects of the same truth. The sages of the modern era, too, have repeatedly prompted us to create a liaison between the East and the West, to achieve the best possible results without compromising the essential and basic principles. Hinduism has thus carried forth the tradition of the early tribal religions, when tolerance of other religions was astonishingly high as compared with the organized religions of the later period. ... There is reason to believe that all religions have an internal bonding. Even as there are many differences, there are also amazing similarities. The Kabbalah sect of Judaism, the Sufism of Islam, and the Gnosticism of Christianity share a lot in common with Hinduism. Perhaps there is a divine purpose, both in the diversity and unity of faiths.

BlueHost is one of the best hosting company for any hosting services you might require.