www.bbc.co.uk - More than 11,000 girls have taken part in a mass Hindu prayer ceremony in western Nepal, which organisers say is one of the biggest of its kind ever to be held in the country. The traditional Kanya Puja ceremony honours girls as incarnations of the Goddess Bhagawati. It included girls from different ethnic communities and castes. Organisers say the aim is to dismantle the caste system and spread a message of equality and social harmony. Many girls taking part in the ceremony at Ramnagar in Nawalparasi district wore school uniforms and performed Hindu devotions and chants.
“It is our Vedic tradition to offer Puja (Hindu devotions) to girls who are regarded as incarnations of Goddess Bhagawati,” festival organising chief Bharat Raj Poudel said. He added that the Puja was being done in a manner to bring about “social revolution” by ensuring a more inclusive society and discarding discriminatory caste traditions such as “untouchability”.

“We want to do away with ethnic discord,” Mr Poudel said. Nepal has recently witnessed ethnic unrest amid heated debate over the composition of a new constitution. Members of parliament remain divided over the issue. Some ethnic communities, mostly from indigenous groups called Janajati, have called for the country's provinces to be demarcated along on ethnic lines. They have also opposed what they have described as the domination of high-caste Hindus - such as Brahmins and Chhetris - within “the body politic”. The Kanya Puja is to be followed by the two-week-long Mahayagya - another Hindu ritual which is typically performed by priests using fires to carry out symbolic sacrifices.
The main objective of the Mahayagya, according to organisers, is to preserve Hindu traditions, philosophy and values of life. Priests from neighbouring India have been invited to this programme. Formerly a Hindu kingdom, Nepal was transformed into a secular republic six years ago.

More than 11,000 girls have taken part in what’s believed to be the biggest mass Hindu prayer ceremony ever held in Nepal. Hindu Girls from different Janjatis and Jatis unite to perform mass Kanya Puja prayer ceremony to dismantle the caste system and spread a message of equality and social harmony. Ethnic minorities want their rights respected, so girls from various castes took part in this traditional Kanya Puja ceremony which honors girls as incarnations of the Goddess Bhagawati. Organisers say that the aim of the ceremony was to bring about social revolution by ensuring a more inclusive society in Nepal. Durga is the Goddess of the universe and being the personification of the material energy, Durga is also the maidservant of Lord Krishna, and conducts herself in accordance to the will of the Supreme. 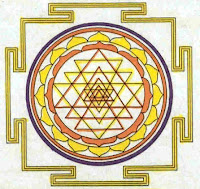 Worship of the Goddess goes back at least 4,000 years in India, and further back to the Vedic times. Durga is the Goddess of the universe, and Parvati, the wife of Lord Shiva, is a form of Durga. She has up to 64 different forms, with different names for each form. Each form represents a different pastime, power, or aspect of the Goddess. Some of the names of these forms of Durga are Ambika, Bhadra, Bhadrakali, Aryadurga, Vedagarbha, Kshemakshemakari, Naikabahu, Bhagavati, Katyayani, and others, such as Sati, which means chastity.  In her gentle aspects she is worshiped as Kanya, Kamakshi, or Mukamba. Uma (Parvati) is the maiden name for the consort of Lord Shiva. She represents matter (prakriti). ... Durga is the personification of the material energy, in which all materially conditioned living beings are absorbed in thoughts, actions and identity. ... She is also the personification of wisdom and knowledge. Her energy permeates the universe.