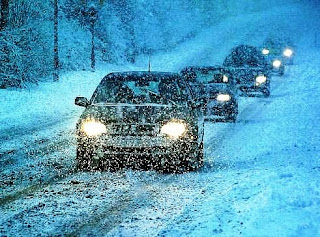 LONDON (CNN) - Severe winter weather continued to cause transport chaos across Europe countries, while days of heavy snow and plummeting temperatures plunged northern Europe into a deep freeze. The icy weather gripping northern Europe has disrupted flights at airports in the UK, France, the Irish Republic and the Netherlands. Many flights were delayed or cancelled at Orly airport in Paris, Dublin airport and Amsterdam-Schiphol, as well as major UK airports, like London's Gatwick and Heathrow airports. The rest of northern Europe was also gripped by one of the coldest nights in decades as temperatures plummeted to below -40C in some places. The central Norwegian town of Roeros recorded an overnight temperature of -41C -- one its coldest recorded temperatures. In Germany, at least nine homeless men aged from 42 to 62 froze to death, German people continued to deal with heavy snowfall and temperatures fall below -10C this week, the Deutsche Welle news website reports.

In the Irish Republic, all roads into Dublin were extremely icy and hundreds of Irish schools have closed, the Irish Times reports. Heavy snow caused big traffic jams around Amsterdam and Haarlem, Radio Netherlands reports. Icy roads have disrupted road freight deliveries to France's Channel ports. Snow was blanketing a large swathe of France, reaching as far south as Bordeaux. The Arctic freeze has also seen temperatures in central Sweden plummet to between -30 and -40C - the coldest weather since the mid-1980s, Radio Sweden reports. The winter death toll in Poland has reached 122 - most of the victims reportedly homeless people, according to a spokesman for the Polish National Police. In Burzyska nad Bugiem, in the east of the country, the army has installed makeshift bridges after flooding and ice split the village in two. Forcasters are predicting that the icy conditions would continue over much of northern Europe over the next few days.

What are the different stages through which we will pass while chanting the holy name of Krsna? With the first stride, the intelligence is purified. With the second stride, the holy name effects liberation from the great conflagration of threefold miseriesso it liberates from the great conflagration of threefold miseries. The threefold miseries are adhyatnika: miseries within the body and mind, such as disease and mental anxiety; adhibhautika: miseries from our neighbors: man, beasts, insects, and so many other living beings; and adhidaivika: natural catastrophes like famine, flood, and earthquake. We have to suffer from these three kinds of miseries which burn in our heart like fire. But everything is extinguished forever by the second stride of nama-sankirtana which gives us relief.