DON'T VISIT YOUR ELDERLY PARENTS?
IN CHINA YOU COULD GET SUED

www.katu.com - Visit your parents. That's an order. So says China, whose national legislature on Friday amended its law on the elderly to require that adult children visit their aged parents “often” - or risk being sued by them. The amendment does not specify how frequently such visits should occur. State media say the new clause will allow elderly parents who feel neglected by their children to take them to court. The move comes as reports abound of elderly parents being abandoned or ignored by their children.
A rapidly developing China is facing increasing difficulty in caring for its aging population. Three decades of market reforms have accelerated the breakup of the traditional extended family in China, and there are few affordable alternatives, such as retirement or care homes, for the elderly or others unable to live on their own. State media reported that a grandmother in her 90s in the prosperous eastern province of Jiangsu had been forced by her son to live in a pig pen for two years.

News outlets frequently carry stories about other parents being abused or neglected, or of children seeking control of their elderly parents' assets without their knowledge. The expansion of China's elderly population is being fueled both by an increase in life expectancy - from 41 to 73 over five decades - and by family planning policies that limit most families to a single child. Rapid aging poses serious threats to the country's social and economic stability, as the burden of supporting the growing number of elderly passes to a proportionately shrinking working population and the social safety net remains weak. The rapid pace of development in China has damaged the traditional extended family in China.
An eighth of the population of China is over the age of 60, and more than half of them live alone. Their children often leave home to work in the major industrial centres. The dislocation of families has been exacerbated by China's one-child policy and a dramatic advance in life expectancy. China has nearly 167 million people aged over 60, and one million above 80.

China has passed a law requiring adult children to visit their elderly parents regularly or risk being sued. The law does not specify how frequently such visits should occur, but warns that neglect could risk court action. Reports suggest a growing number of elderly Chinese have been abandoned or neglected by their offspring. Newspapers are full of such stories, or of tales of children trying to seize their parents' assets, or of old people dying unnoticed in their homes. Unfortunately, in many places around the world, it has become a "nomal" behaviour that children put their parents in storage places called 'retirement homes' and take them Christmas candy or a gift for birthday once a year, while the medical and pharmaceutical system keep all the savings of the elderly. 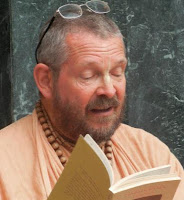 A father creates the illusion that when his child grows up he will cooperate, but that goes! When children reach the age of thirteen or fourteen years, they say: “my father is old; this moron does not understand anything.” The children spend their nights in clubs and the father is concerned, then the child suddenly gets all high on marijuana, all drugged and the father says, “son, what have you been doing?” And he answered: “father, get out of here, leave me alone.” And when the father says: “I am the authority here,” he says, “ well, so until then, stay you well.” They leave the house and cruelly abandon their parents ... “And now even my children have gone, they are not grateful, the last child told me why didn't you go to a nursing home and give the house to them.” ... That's the story of all men in this world and for that reason they need your compassion, they need you make them to be close to Krishna, to give them mercy; this is something worthwhile, something that can make you deserve the mercy Krishna.

If you need your ex-girlfriend or ex-boyfriend to come crawling back to you on their knees (no matter why you broke up) you need to watch this video
right away...

(VIDEO) Have your ex CRAWLING back to you...?

eToro is the ultimate forex trading platform for beginning and professional traders.