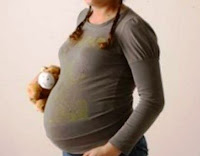 www.lanacion.com.ar - In Argentina, days ago a 10-year-old girl was hospitalized with a 26-week pregnancy resulting from rape, in the Maternity Hospital Vidal the Corrientes province. The girl was derived from the town of San Miguel, located 85 kilometres from the provincial capital, where she lives with her parents and five siblings in a rural area. There she has been raped by a member of her family. “This never ceases to amaze and move us because she is the youngest of the girl mothers who had to be admitted to this hospital,” said the director of the maternity ward, Norma Perez. “She understands very little what happens, she is afraid and distressed.” The doctor explained that the girl is “controlled”, but her pregnancy is a “high risk” one.  The doctor explains: “Pregnancy should continue because it is advanced, but what is done with her in the next few days will be the product of a judicial decision.” 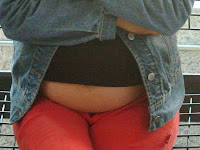 Rosa Esquivel is the judge who is studying the case involving the young pregnant girl, and she has confirmed that “the accused is less than 16 years old” and that he “belongs to the family environment of the pregnant girl.” However, it is not clear whether he is a direct family member. “The complaint comes from the police station in San Miguel, so what we did first was to focus on child protection and the girl,” said the magistrate. “There are several circumstances to consider, such as age, and it is difficult to make decisions having so little infrastructure that exists in the province to bring psychological attention to the girl.” This is another case of a “girl mother,” that moves Corrientes province and the whole country. In 2007, in Argentina there had been two similar cases involving children of 11 years in the cities of Concepcion and Paso de los Libres. In the provinces of Corrientes, Chaco and Misiones there are high rates of “early pregnancy”, and annually more than 3,000 babies are born to girls between 10 and 14.

In Argentina, a 10 year old girl from the rural area of San Miguel, province of Corrientes, is having a pregnancy of more than 6 months and she was admitted to a health centre due the "high risk" her pregnancy poses to her health. The head of the Neonatology Service of the hospital, Norma Perez, said that "she is the youngest of the mother-girls they had to attend so far." Everywhere, men who seek to indulge their senses at any cost, often harass and commit rapes to girls.

Individuals’ failure to control their minds and senses in efforts to fulfill their desires can escalate to such desperate measures as robbery, rape, and even murder. Material lust is like a blazing fire, never leaving a person with any peace. Such desires always force people to attempt to satisfy their cravings. The flames of such desires consume all hope for peace in such individuals. When society is made of many such individuals, whose primary interest is to simply satisfy their own desires and gratify their senses, this disorder prevents peace in human society. Society remains in a state of escalating chaos. Such disorder grows to the degree in which society pursues selfish gratification. Without controlling our mind and senses, there is no possibility for peace. Only people who can give up their numerous material desires by spiritualizing their consciousness can attain real peace of mind and work in peace and unity with others.
Stephen Knapp (Śrīpad Nandanandana dasa) :
“Toward World Peace: Seeing the Unity Between Us All”
http://www.stephen-knapp.com  -  http://www.stephenknapp.info/
http://www.stephen-knapp.com/toward_world_peace_ebook.htm
Publicado por dasavatara das en 11:55 AM