LIVING NEAR THE BARRICK GOLD
PEOPLE WORTH LESS THAN GOLD 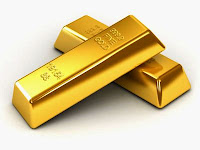 www.hoy.com.do - In the Dominican Republic, the people of the communities Pueblo Viejo, La Laguna, La Cerca, Laguna Arriba and other villages surrounding Barrick Gold, in the province Juan Sanchez Ramirez, reported that since the international mining company began to operate one of the world's largest open-sky mining gold exploitation, the evils in this area have been multiplied. They cited, among others, the water pollution of rivers and the spread of disease by the dust raised by trucks transporting materials to and from the mine. Alejandrina Perdomo said people in the area are not consistent with the mining for the damage that is causing to people. She said that before they use to take water from the taps or directly from the river, but now it only serves to mop. "All women are getting sick and weakened with itchy in their bodies due to water," she lamented. Barrick Gold "has done nothing for the good of the community, although it has given employment to a few people," she said.

Santo Torres, another resident said he did not feel good in the community because they lost the peace that there was because the trucks are working 12 hours continuously and that the noise and dust have put them in distress. He explained that the things that most concern them is that the Barick Gold has dozens of bombs along the rivers Yagal, Naranjo, Arroyo Vuelta and Maguaca, extracting water to take to their mines. Leocadio Lima complained that the water they usually consume has been inspected by laboratories and it was found high percentages of lead, mercury and other heavy metals in it. He argued that people are suffering from stomach pains and an outbreak of skin diseases such as the so-called instep and several spots on different parts of the body. When water is stored in containers, at the next day you can pick up a black mud at the bottom. Despite this, many people who do not have money to buy drinking water has to consume the contaminated one. Up to communities like Laguna Arriba, La Cerca and Pueblo Viejo, benefits announced by the ad campaign for the international mining have not reached yet.

According to the government, the mining industry benefits the Dominican economy because it increased the country's gross domestic product (GDP) due to the rising of the prices of gold, silver, copper and nickel. However, the economic benefits are distributed among investors, the State and municipalities, providing a minimum compensation for the serious inconveniences caused to the farmers who own the land.  The reason for this is greed and ambition for gold, we should instead aspire to become devotees of God. 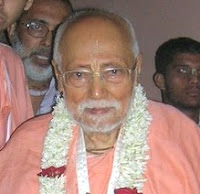 Śrīla Rupa Gosvami has written this song: “If you still desire to amuse yourself with your friends, you should not go to Vrndavana. And if you go to Vrndavana, you should especially not go to Kesi Ghat. There is a danger lurking there. What is that danger? It is Sri Hari, Krishna Himself, who has taken the form of Govinda, Govinda vigraha dhari. The danger is that if you go there and see Him, if you have a vision of Govinda, you will not be able to return to the customary amusements of your ordinary household life.” ... Unfortunately, we go to Vrndavana and still come back. We do not have such devotion. If anybody truly had the greed for Govinda, he could not return to his mundane life. His worldly relations would be destroyed. Greed for devotion is developed by associating with the pure devotees of the Lord. By their grace it becomes possible for us to attain Krishna prema, divine love for God, the ultimate goal of life.
Śrīla Bhakti Ballabh Tirtha Mahārāja :
“True greed for Govinda”
May 16, 2003 - Sree Chaitanya Gaudiya Math
http://groups.yahoo.com/group/sreecgmath/message/161
http://www.sreecgmath.org
Publicado por dasavatara das en 2:16 PM