United Kingdom (The Guardian) - Researchers at the National Institute on Ageing in Baltimore said they had found evidence which shows that periods of stopping virtually all food intake for one or two days a week could protect the brain against some of the worst effects of Alzheimer’s, Parkinson’s and other ailments. “Reducing your calorie intake could help your brain, but doing so by cutting your intake of food is not likely to be the best method of triggering this protection. It is likely to be better to go on intermittent bouts of fasting, in which you eat hardly anything at all, and then have periods when you eat as much as you want,” said Professor Mark Mattson, head of the institute’s laboratory of neurosciences.  Cutting daily food intake to around 500 calories - which amounts to little more than a few vegetables and some tea - for two days out of seven had clear beneficial effects in their studies, claimed Mattson, who is also professor of neuroscience at the Johns Hopkins University School of Medicine in Baltimore. 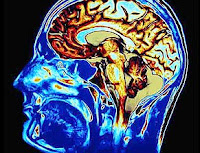 Scientists have known for some time that a low-calorie diet is a recipe for longer life. Rats and mice reared on restricted amounts of food increase their lifespan by up to 40%!  A similar effect has been noted in humans. But Mattson and his team have taken this notion further. They argue that starving yourself occasionally can stave off not just ill-health and early death but delay the onset of conditions affecting the brain, including strokes. “The cells of the brain are put under mild stress that is analogous to the effects of exercise on muscle cells,” said Mattson. “The overall effect is beneficial.” This model has been worked out using studies of fasting on humans and the resulting impact on their general health – even sufferers from asthma have shown benefits, said Mattson - and from experiments on the impact on the brains of animals affected by the rodent equivalent of Alzheimer’s and Parkinson’s.

If you want a smarter brain and a shapelier profile, fasting on alternate days might not be such a bad idea after all. Fasting for regular periods could help protect the brain against degenerative illnesses, according to US scientists. They claim that giving up almost all food for one or two days a week can counteract impact of Alzheimer's and Parkinson's.  Vaishnavas respect special moments for fasting and perform devotional service, such as on Ekadasi. 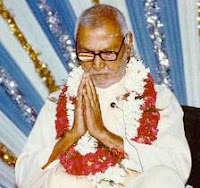 Ekadasi is considered to be the favourite day of Krishna, when devotees refrain from material activities. ... As we approach the full moon and the new moon, the watery portion of our bodies is enhanced by the movement of the earth, the moon and the sun, and thereby the enjoying spirit is also developed. So, fasting is necessary to meet with that external movement of nature. Fasting can save us from that peculiar reaction. ... Also, from the spiritual perspective, Krishna Himself also feels more necessity for enjoyment, and when Krishna feels more necessity, the devotees have a greater chance to offer service. ... So, the first reason is to please Krishna and the secondary reason is that by fasting, we can make our body dry and so our enjoying spirit will be lessened.
Śrīla Bhakti Raksaka Sridhara Mahārāja :
“Ekadasi” - http://bvml.org/SBRSM/ekadasi.html
http://bvml.org/SBRSM/index.htm
http://bvml.org/SBRSM/books/
Publicado por dasavatara das en 8:58 AM