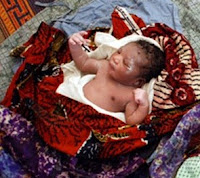 http://news.gather.com - Another hero dog has come to the rescue of a child, but this story is a little different. After a farm dog in Ghana went missing, a worried owner put together a search party. Thankfully, the dog's owner was concerned enough to spend almost an entire night trying to find the missing pooch. After hours of tracking the animal through fields and woods, searchers found the dog under a bridge in Winkongo. They were surprised to see the canine had found a precious package as well. The dog had wrapped itself around a newborn baby who had been abandoned. The warmth from the animal undoubtedly helped keep the child alive.
According to a health official, the newborn's umbilical cord was not cut properly. This led to an infection, but the baby is doing just fine now. Authorities believe the child, who was essentially tossed out to die, was the product of a teen who did not want or could not care for the baby. Police are still investigating the incident, and the child is in the custody of the health directorate until arrangements can be made.

The District Director of Health, Madam Rosemary Azure, told the Ghana New Agency (GNA) the abandoned baby was about two weeks old. His umbilical cord had been raggedly cut and had become infected. According to the GNA report: She cautioned teenage girls against unprotected sex reasoning that the baby could have been abandoned by a teenager in view of the numerous reports of teenage pregnancies in the District. Now the little one has been given medical treatment and vaccinations and is in care while police investigate. The dog has gained hero status for looking after the tiny baby until help could come. No photos or descriptions of the dog or the baby have been released at this point, but the plucky canine showed a loving intelligence that is inspiring.
Details about the child and dog vary from one report to another, but the heart of the hero dog story is always the same. These stories are amazing and prove humans are not the only compassionate species on the planet.

A two-week old baby abandoned under a bridge in Ghana slept safely through the night, cuddled against the fur of her protector. The rescue dog belonged to a nearby farm. Somehow the pet found the infant and knew he should not be left alone. A search party found the dog, curled around the baby. Scientists say animals have no developed intelligence. However, animals show affection, attraction, compasion, sympathy - things which are all the outcome of having a heart, not a brain. 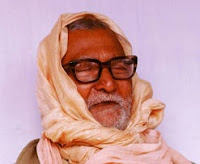 The scientists feel that animals have no real brain, no intelligence. Yet we see that even without much of a brain, an animal can live, but without a heart, none can live. As the brain is a representation of a computer, the animals have no real computer to calculate. Animals may follow intuitive knowledge, and so they can work unconsciously. And we can see that intuition can go above brain calculation. So many birds and beasts can understand that an earthquake is coming, but so far, no human calculation can understand precisely when an earthquake will come. There are many things that our brain cannot feel, cannot catch, whereas even the animals can get some clue about them beforehand.
And after a long and deep research, men cannot find what is beyond their reason.

I am Raisha Ray ,your site visitor.I want to link exchange with you if you agree.I have 25 page rank 2 site & more than 50 PR 1 /0 sites.I have atlest 2000 visitors these sites per day.You may contract our sites bangla choti , free software download ,online newspapers , earn by internet.