www.sltrib.com - Two wingsuit fliers who leaped to their deaths from a cliff in Yosemite National Park were trying to zoom through a notch in a ridgeline and were airborne for about 15 seconds when they slammed into a rocky outcropping, a friend said Monday. Dean Potter, 43, and his partner Graham Hunt, 29, were both experienced at flying in wingsuits — the most extreme form of BASE jumping, which is a sport so dangerous that enthusiasts keep lists of the dead.
Dressed like flying squirrels, with flaps between their outstretched arms and legs to keep them aloft, they leaped off Taft Point, 3,500 feet above the valley floor, and would have been traveling at speeds close to 100 mph as they aimed for the narrow gap in the ridge. 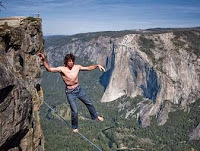 Potter thought he had found ways of safely enjoying some of the world's riskiest endeavors. He scaled the toughest vertical faces without rope, and walked barefoot across lines suspended between cliffs. If he fell or became exhausted, he would deploy a parachute. As if that didn't provide enough adrenaline, Potter wanted to fly.
BASE jumping — renegade parachuting off buildings, antenna, spans (such as bridges) and Earth — is illegal in national parks. Doing it in a wingsuit is even more dangerous, particularly the form Potter practiced, gliding frighteningly close to cliffs and trees before deploying his chute. The park service celebrates Yosemite's role as a climbing mecca, but struggles to stop people from illegally leaping off the cliffs.

From the moment of his death, Dean Potter earned legendary status. One of the most popular extreme sports in the United States and the world, failed in one of his attempts to base jumping in Yosemite park in California. Dean Potter is remembered as free spirit, risk-taker; “He was all about getting the most out of life, and doing what you love and not being afraid to take those chances,” a friend recalled. “Dean was part of this community and had a great impact on the climb. He was a luminaire in the pantheon of the gods of the rally,” said the director of Yosemite, Mike Gauthier, at the Times. Yes, the man took risks without fear. But we do not believe it is something worthwhile to do that. If you put at risk your precious life to enjoy the feeling of adrenaline running in your veins, what you do is not to applaud and celebrate. At least five people have died in BASE jumping accidents in U.S. national parks since January 2014, including the most recent deaths at Yosemite, said Jeffrey Olson, a National Park Service spokesman. It is illegal do this in all U.S. national parks, and jumpers who are caught are fined and have their equipment confiscated, however people continue doing these nonsense. People who lack true spiritual knowledge enjoy maintaining a defiant attitude towards the laws of man and God, laws designed to protect them, yet risk their lives. Our spiritual teachers have already taught us that human life is invaluable, because it is an opportunity to know and love God, and it is completely silly to jeopardize our lives just to take dangerous risks in these so-called extreme sports. (Editor's note). 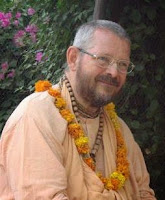 Currently, it is imposed the general idea that “You have to enjoy the world.”  But the concept of enjoyment is dangerous, self-destructive and, in turn, it makes people to put their lives at risk.  More and more people spend large amounts of money on distractions that have no importance, just to satisfy their desires.  Some are poisoned themselves with drugs and alcohol, while others engage in activities that are constantly exposed their health and welfare.  In the rush to meet happiness artificially, man does foolish things, knowing from experience that is wrong and that ultimately end up disappointed. ... However, this type of activity sooner or later, discouraged artificially them, it is a pleasure so brief that fails to meet the expectations of enjoyment. ... We invite you to learn more about the spiritual life, which delivers a superior taste.

Start following our signals NOW & earn up to 270% daily.

Really useful information. Thank you so much for sharing