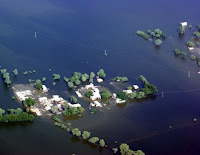 www.guardian.co.uk - Climate change researchers have been able to attribute recent examples of extreme weather to the effects of human activity on the planet's climate systems for the first time, marking a major step forward in climate research. The findings make it much more likely that we will soon - within the next few years - be able to discern whether the extremely wet and cold summer and spring so far experienced in the UK this year are attributable to human causes rather than luck, according to the researchers.
Last year's record warm November in the UK - the second hottest since records began in 1659 - was at least 60 times more likely to happen because of climate change than owing to natural variations in the earth's weather systems, according to the peer-reviewed studies by the National Oceanic and Atmospheric Administration in the US, and the Met Office in the UK. The devastating heatwave that blighted farmers in Texas in the US last year, destroying crop yields in another record "extreme weather event", was about 20 times more likely to have happened owing to climate change than to natural variation. 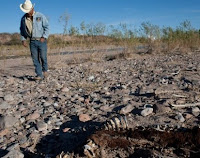 Attributing individual weather events, such as floods, droughts and heatwaves, to human-induced climate change - rather than natural variation in the planet's complex weather systems - has long been a goal of climate change scientists. But the difficulty of separating the causation of events from the background "noise" of the variability in the earth's climate systems has until now made such attribution an elusive goal. To attribute recent extreme weather events - rather than events 10 years ago or more - to human-caused climate change is a big advance, and will help researchers to provide better warnings of the likely effects of climate change in the near future. This is likely to have major repercussions on climate change policy and the ongoing efforts to adapt to the probable effects of global warming. Peter Stott, of the UK's Met Office, said: "We are much more confident about attributing [weather effects] to climate change. This is all adding up to a stronger and stronger picture of human influence on the climate." But the key question - of whether man-made global warming is putting a dampener on British summers - will take several years to solve, according to Stott.

Researchers have for the first time attributed recent floods, droughts and heatwaves, to human-induced climate change. Extreme weather prevailed in 2011, a year that saw severe drought in Texas, unusual heat in England - one of the 15 warmest years on record. As greenhouse gas levels climbed last year, boosting the odds of extreme weather events which rocked the world, international scientists reported. We must protect our Mother Earth and stop the abuse we are doing on Her. 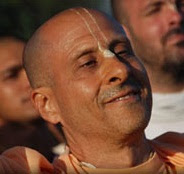 Today we see the condition of the world. Never before in history has the world been in a more dangerous situation. We have made progress through technology and science. We have cured diseases such as small pox. Made vaccinations for polio. Made breakthrough in open heart surgeries to keep people living after major heart attacks. These are good things. But at the same time, what are we doing on the other side. We are creating other diseases due to pollution and other unnatural styles. ... due to the green house effect the polar ice caps are melting. It’s creating already dramatic and tragic climatic changes. ... We take the gifts of mother nature and due to our perverted ignorance, we utilize those gifts to create weapons of mass destruction which are meant to massacre the children of mother earth.

If you need your ex-girlfriend or ex-boyfriend to come crawling back to you on their knees (no matter why you broke up) you must watch this video
right away...

(VIDEO) Have your ex CRAWLING back to you...?