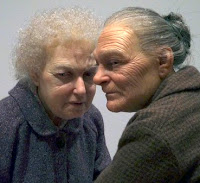 www.iol.co.za - Canada’s largest Protestant denomination is urging congregants to stop gossiping, likening the chatter to gambling and “other evils of society.”  “Gossip can cause people to lose their jobs and their good reputations,” according to a motion under consideration at the United Church of Canada’s 41st general council, held August 11-18 in Ottawa. Idle talk can “lead to broken friendships and split families, and can be used as a malicious weapon against an opponent,” the resolution continued, adding that mean-spirited gabbing “can cause people to switch churches or in some instances, to stop attending church altogether.” The motion aims to “encourage congregations to seek ways to raise awareness of the harmful aspects of gossip.”  While not explicitly a sin, United Church spokesman Reverend Bruce Gregersen explained that spreading tales is contrary to Christian teachings promoting love, truth and honesty.  It falls into the category of “bearing false witness,” he told AFP. However, Gregersen  acknowledged “it's hard to know what we can do about it as a congregation.” The conference, held once every three years, brings together 350 delegates and hundred more guests. 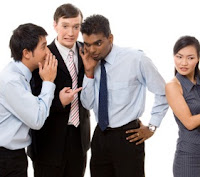 The conference also brings many observers, representing 650,000 church members nationwide. Participants also planned to discuss child poverty, homelessness and economic disparity in Canada, as well as the hardships of rural churches in keeping up membership and staffing levels. The council will also take on issues of national and international interest, such as climate change and a proposed oil pipeline in westernmost Canada. The church also plans to consider a new report on the Israeli-Palestinian conflict. Anthropologists, however, see chatter as a way of sharing key information about others that affects people’s social standing. Reputation is determined by gossip, and casual conversations of others affect one’s acceptability as a mate or a partner in a social exchange, said Jerome Barkow, an anthropology professor at Dalhousie University in Halifax. In his evolutionary psychology volume “The Adapted Mind,” he said gossip is largely unreliable because people tend to disseminate information that bolsters their own social success, not objective truth. We tend to derogate rivals and mask our own weaknesses," Barkow wrote.

The United Church, the Canada's largest Protestant Christian church, urges its congregants to stop gossiping because it falls into the category of  “bearing false witness”. Gossip can be used as a malicious weapon against other people and it cause people to lose their jogs and good reputations. Idle talk or mean-spirited chatter may lead to broken friendships and split families, United Church spokesman Reverend Bruce Gregersen explained. As the Kali yuga progresses, gossiping, fruitless verbal jugglery, speaking ill of others and indulging in quarrels become more and more prominent. 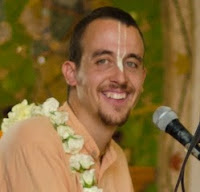 We can not prevent the birds from flying over our heads, but we can avoid making a nest on it. Similarly, we can not help that at times critical or negative ideas or thoughts appear within us, but we can prevent them from taking root, and for that we must be experts become indifferent to them. If you hear any criticism / gossip / profanity / etc. about someone, do not let your mind accept it as real and true, until you by yourself do not check it directly. It is very important not to fail in this, not even by an inch ... or the consequences will come one after another in a domino effect. If I want to venture to criticize someone, first I must precede it with a series of favorable assessments of the qualities that person - who is the subject of my criticism - has, even those qualities that he / she possesses, and that I should develop, too. Otherwise, you better take some time before opening the mouth, and deeply analyze whether what we are going to say is motivated by a real constructive desire, or simply out of envy, for being  unable to tolerate others' success.