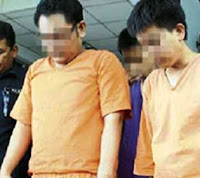 http://abcnews.go.com - A 3-year-old Malaysian girl was killed in a suspected exorcism ritual by family members who believed she was possessed by evil spirits, police said Tuesday. Police raided a house in northern Penang state late Sunday after receiving a distress call from a family member and found a group of eight people lying on top of the girl in a bedroom, said district police chief Azman Abdul Lah. The girl was face down under the human pile, which comprised her parents, grandmother, uncle, aunt, two cousins and their Indonesian maid, he said.
The room was dark and chanting could be heard from under a blanket covering the group, Azman said. The girl died of suffocation, and all eight involved have been detained, he added. Belief in the supernatural has long been entrenched among Malaysia's main Malay, Chinese and Indian ethnic communities, though occult rituals have waned in recent decades. The brother of the child's father had alerted the police, local police chief Azman Abdul Lah said. 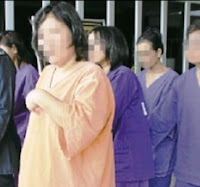 The eight suspects, aged between 16 and 67, have been detained and are being investigated for murder. They included the family's Indonesian maid, the Star newspaper said. The others detained were the victim's grandmother, uncle, aunt, and two cousins.
“Acting on a tip-off, police entered the house and broke down a bedroom door only to find eight people including a foreign maid covered with a blanket and with the victim pinned under them,” chief Azman said. “They were chanting in the room. Police believe they were involved in an exorcism ritual to drive away evil spirits.”
The Star newspaper said the ritual had lasted 20 hours. Azman said the ritual had continued for many hours but could not confirm how many. Deaths linked to such rituals are occasionally recorded. Two Malay cousins were sentenced to 10 years in prison in 2010 for killing the parents of one of them during a spiritual cleansing ritual in that involved beating the slain couple with brooms and motorcycle helmets.

A three-year-old Malaysian girl has been killed in a suspected exorcism ritual by family members who believed she was possessed by evil spirits. Police raided a house in northern Penang state and found a group of eight people lying on top of the girl in a bedroom. The girl was face down under the human pile and died of suffocation. The room was dark and chanting could be heard from under a blanket covering the group. We must move away from the influence of the occultists, who defy the authority of the Supreme Lord, replacing it with the dark force of the fallen souls. 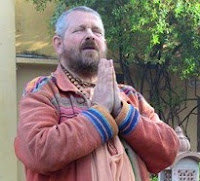 This presentation will show the unfortunate consequences of subtle materialism, which is often disguised as transcendental processes, spiritual, and that are conceived under names such as occultism, magic, witchcraft, voodoo, witchcraft, macumba, camdombé, other kind of encounters, etc. . ... Spirits are in different categories according to the development of consciousness that they had in their last embodiment. ... The most powerful among the ghosts are the brahmanas raksasas, which are developed spiritualists who fell to the platform of spirits by their severe sins. All spirits are unhappy and seeking followers in this world by theirnmental influences. At the place where there is a lot of sin they become powerful, and where there is pure service to God they lose their influence. ... Eternally there are no forces other than God. All living beings are sparks of God's energy, but in the material world they have the option of becoming  rebel and take demonic positions. We should understand that the spirits are a reality, as we are realities.