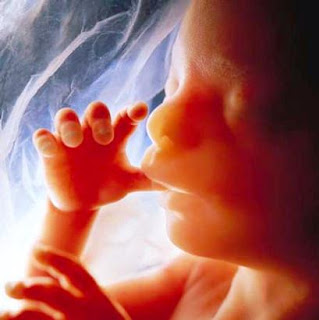 MADRID - Spain's Senate has approved the country's new abortion bill, which gives girls who are 16 and 17 the right to have abortions without parental consent, and allows the procedure without restrictions up to 14 weeks. For girls under the age of 16, the law states they must inform at least one parent or guardian of their desire to have an abortion, unless they can prove this would put them in physical danger, said the new law, which will go into effect in four months. The Popular Party accused the Socialist Government for wanting to “do away with the family, one of the pillars of Spanish society” and for “leaving life unprotected.” Ironically, during his remarks at the World Congress against the death penalty in Geneva, Spanish President Rodriguez Zapatero, who supports abortion, said, “Nobody has the right to take the life of another human being - absolutely nobody.” The bill wipes away the threat of imprisonment and declares abortion to be a woman's right, bringing this traditionally Roman Catholic country in line with its more secular neighbors in Europe. On the other hand, the Bishops’ Conference of Spain expressed their firm rejection of the new law, calling it a “serious step backward” in the protection of the unborn.” The bishops announced a “Day for the Family” throughout Spain and expressed their support for the demonstrations called by Pro-life groups against the law, on March 7.

“The protection of the fundamental right to life is an essential obligation of those in authority. The inclusion of abortion among the instruments necessary for health care is in itself a grave falsity. Medicine is supposed to prevent illness or cure it. Pregnancy will never be an illness, even though it might entail complications to one’s health, be unplanned or even the result of violence. For this reason, abortion is never healing, it is always killing,” the bishops concluded.

Abortion brings a very negative karma. The child in the womb is a soul, a living being destined for a human body. This is true from the moment of conception. ... Legalizing abortion has not at all decreased the number of unwanted children in the world, or the number of mistreated children. In fact, easily available birth control and abortion has gone along with an increase in illegitimate and battered children. Women who have abortions are often damaged psychologically and/or physically. Pregnancy is not just the result of sex. It is also the result of Divine Will.

Email ThisBlogThis!Share to TwitterShare to FacebookShare to Pinterest
Etiquetas: Abortion, Śrīla A. C. Bhaktivedanta Swami Prabhupāda, Violence against Defenseless - Women - Children, We are not the bodies