CIGARS & PIPES NO SAFER THAN CIGARETTES 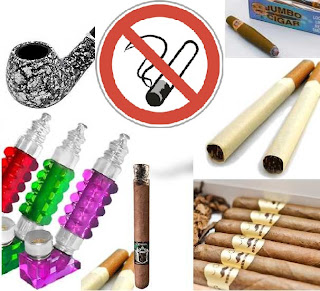 WebMD Health News - Switching from cigarettes to cigars or pipes isn’t going to do your lungs any favors. A new study suggests that pipe and cigar smoking may be more harmful than thought. Researchers say cigarette smoking has declined in recent years, and pipe and cigar smoking have increased, partly because of a misperception that pipes and cigars are safer than cigarettes. But the study shows that pipe and cigar smoking damages lung function in a manner similar to cigarettes and is associated with chronic obstructive pulmonary disease (COPD). COPD is a progressive disease that causes damage to the airways and makes it more difficult to breathe. It is the fourth leading cause of death in the U.S. Alternative forms of smoking, such as pipes and cigars, cause the same changes in the lungs that lead to COPD, said researchers. In the new study, they evaluated participants lung function and cotinine levels. Cotinine is a byproduct of nicotine and is detected in the urine.

The results showed those participants who did not smoke cigarettes but did smoke cigars or pipes were twice as likely as never smokers to have decreased lung function. “Smoke, whether from cigarette, pipe, or cigar, will result in absorption of one of the most addictive chemicals known, nicotine, and will produce measurable lung damage,” researchers said. “Some pipe and cigar smokers say they do not inhale, or inhale less, than cigarette smokers. The elevated cotinine levels in the current study, however, belie this notion and provide a biological measure of nicotine exposure,” they added. 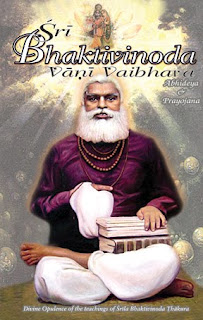 Many people are also addicted to bad habits such as smoking, chewing pan (Betel leaf), eating fish and meat, and drinking alcohol. Thus the practice of their spiritual lives is obstructed. ... If one does not give up these things, he cannot derive happiness from devotional service. ... A person who smokes tobacco becomes addicted to and controlled by it. He will then even dare to commit sinful activities. ... It is certainly difficult for them to become followers of Srila Rupa Gosvami.