ANOTHER VICTIM OF BULLYING NOW IN ARGENTINA 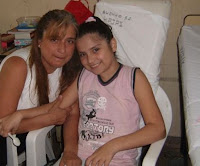 www.diariouno.com.ar - A girl from the province of Corrientes, Argentina, became paraplegic after suffering a case of "bullying" in her school performed by one schoolmate who "harassed" her steadily as her mother remarked. Claudia Jesi, told that her daughter  of 11 years old named Abril, suffered a stroke between the fourth and fifth vertebrae during a physical education class in the Normal School in the town of Mercedes. She was pushed by another child.
The victim had to be admitted at the "John Paul II" pediatric hospital in the provincial capital of Corrientes and lot of rehabilitation will be required to improve her condition during at least six months. However, it is not known yet whether she can recover. "Abril lost sensation in the legs because she suddenly fell, and all the weight was against the column, if it had not raised her head she would broke the skull," said the girl's mother. The girl who hit and dropped her been was bothering and pushing Abril for some time. 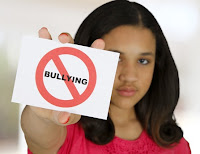 According to Abril's mother, the other girl "was upset" because her daughter "was the Queen of Spring in her class, and she is nice and very dear." As she fell she lost her breath, so the teacher made her the first practices to make her breathe again. "She was under observation in the hospital and then she was resting in my house, but some days later she lost all the feeling. They did the MRI. The bone has a hit between the fourth and fifth vertebrae and has up to six months of rehabilitation," said the mother.
"The school authorities are concerned. The issue of having a paraplegic girl due another class mate actions obviously involves us all. This is a case of bullying, but I never thought it would come to that. Now Abril is not walking, she must be diapered like a baby, it's hard ... but you have to face reality," said the grieving mother. School harassment, better known as "bullying" is becoming more common in schools around the world and even teenagers who had to suffer this kind of situations reached the edge of killed themselves.

Abril, an Argentinian girl of 11 years old, was attacked by a class mate during a physical education class, and after a push she badly fell and suffered a blow to the vertebrae. It is not known if she can walk again. The relatives alleged that she suffered harassment for some time, and the aggression was because she is nice and provoked the envy of other girls. She has "at least six months of rehabilitation" but doctors can not be sure if she will recover from paralysis. Marcela Fernández, from the Pablo Nicolás Association, an organization that works in preventing school violence, said that "sometimes such violent attacks happen because we are dealing with ciberbullyng: children are harassed each other for hours through social networks and when they met the violence becomes exaggerated". Another sad event. Say NO to Bullying! 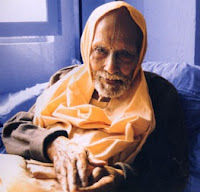 Our mundane feelings of attraction and aversion for material objects light the fire of envy, egoism, and hatred so much so that it seems they have the ability to destroy this world. If even a drop of pure affection arises in our hearts for the incarnation of Mahaprabhu’s magnanimity, then no place will remain for these animal propensities like hatred, jealousy, or violence to others. ... How can any attachment or hatred for material objects find a place in the heart where attachment to the guru, the eternal associate of Srimati Radharani, has awakened? In such a heart, there is constant awareness of the absolute necessity of attaining the supreme goal of life, loving service to Sri Krishna. This alone is the ultimate purpose of life for every single living entity.

ANOTHER VICTIM OF BULLYING NOW IN ARGENTINA