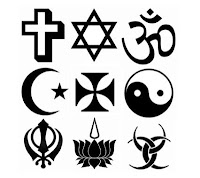 http://munews.missouri.edu - Despite differences in rituals and beliefs among the world's major religions, spirituality often enhances health regardless of a person's faith, according to University of Missouri researchers. The MU researchers believe that health care providers could take advantage of this correlation between health - particularly mental health - and spirituality by tailoring treatments and rehabilitation programs to accommodate an individual's spiritual inclinations. “In many ways, the results of our study support the idea that spirituality functions as a personality trait,” said Dan Cohen, assistant teaching professor of religious studies at MU and one of the co-authors of the study. “With increased spirituality people reduce their sense of self and feel a greater sense of oneness and connectedness with the rest of the universe”. The MU study used the results of three surveys to determine if correlations existed among participants' self-reported mental and physical health, personality factors, and spirituality in Buddhists, Muslims, Jews, Catholics and Protestants. 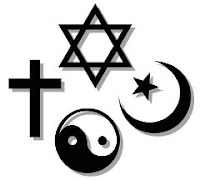 Across all five faiths, a greater degree of spirituality was related to better mental health, specifically lower levels of neuroticism and greater extraversion. Forgiveness was the only spiritual trait predictive of mental health after personality variables were considered. “Our prior research shows that the mental health of people recovering from different medical conditions, such as cancer, stroke, spinal cord injury and traumatic brain injury, appears to be related significantly to positive spiritual beliefs and especially congregational support and spiritual interventions,” said Cohen. “Spiritual beliefs may be a coping device to help individuals deal emotionally with stress.” As the authors note, spiritual interventions such as religious-based counseling, meditation, and forgiveness protocols may enhance spiritually-based beliefs, practices, and coping strategies in positive ways. Cohen believes that the selflessness that comes with spirituality enhances characteristics that are important for fostering a global society based on the virtues of peace and cooperation.

Researchers found that despite differences in rituals and beliefs among the faith traditions, spirituality often enhances health regardless of a person's faith. For example, a Christian monk wouldn’t say he had attained Nirvana, nor would a Buddhist monk say he had communed with Jesus Christ, but they may well be referring to similar spiritual phenomena. Dan Cohen, an affiliated with the Religious Studies Department in the MU College of Arts and Science, believes spirituality may help people’s mental health by reducing their self-centeredness and developing their sense of belonging to a larger whole. The purpose of religion or spirituality is elevate our consciousness to regain our spiritual perception of reality. 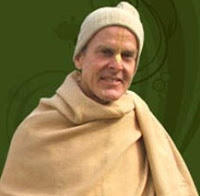 The whole methodology of religion or spirituality is simply a means to increase or elevate our vibrational level on which our consciousness exists and to bring that vibration to a higher refined spiritual frequencies. ... Attaining an existence in the spiritual dimension is a prime goal of human life. By understanding this purpose in spirituality or religion, we can more easily discern the best and the easiest process to take. So of course the easiest process is to change our vibrational pattern of our consciousness and mind by always chanting the transcendental Maha Mantra which is the best way to elevate ourselves to the pure spiritual realm. And then we can see Krishna everywhere when we come into this Krishna consciousness - Purity. "For one who sees Me everywhere and sees everything in Me, I am never lost, nor is he ever lost to Me." (BG 6.30)

Very nice blog post and yes mental health can be related to spirituality and can be cured by healing.

Namaskar dear HH Shri Chamunda Swami Ji.
Please accept my humble obeisances.
Thank you for your comment.
I appreciate it so much.
Dandabats pranams.
your servant,
dasavatara das