http://losangeles.cbslocal.com - A University of California-Riverside study found that commercially cooked hamburgers cause more air pollution than diesel trucks.
The study, which focused on commercial charbroilers found in burger restaurants, said the equipment generates grease, smoke, water vapors and combustion products, which emit a large amount of particulate matter into the air.
“For comparison, an 18-wheeler diesel engine truck would have to drive 143 miles on the freeway to put out the same mass of particulates as a single charbroiled hamburger patty,” said Bill Welch, the principle engineer. Researchers at UCR, who found few regulations for the restaurant emissions, said they’re developing a contraption to trap the particulates. “Our goal is to find something cost-effective and technically feasible to reduce the smoke,” said Welch.

The study also said grilled burgers produce less particulates in the air than charbroiled ones. Customers at a Hesperia burger joint said you can’t compare diesel emissions with hamburger smoke. “Either way, we’re living in a world (where) we’re still going through pollution. But the difference is we are getting some type of benefit from (the burger),” said Maria Segura. The UCR study is co-funded by the South Coast Air Quality Management District and the San Joaquin Valley Air Pollution Control District.
“While the primary focus of this new study was on emissions from commercial charbroilers, this comparison clearly illustrates the significant improvements from clean diesel technology on California’s air quality.  In fact, the study also found that the particulate matter (PM) inventory from commercial cooking is more than double the inventory from heavy-duty diesel trucks,” said Allen Schaeffer, the Executive Director of the Diesel Technology Forum.

A UC Riverside study found that cooked hamburgers emit more particulate matter than 2007-2010 model year clean diesel trucks. The study said that commercially cooked hamburgers, like the ones used in fast food restaurants, emit a large amount of particulate matter into the air and cause more air pollution than diesel trucks. Researchers also found few regulations for the restaurant emissions. The Indic environmental ethos declares that all aspects and phenomena of nature belong together, so it is time to stop eating meat and all the problems that entails. 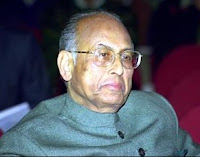 Side by side with the exploration of outer space, there is the continuing pollution of lakes, rivers and vast parts of the oceans, out of human ignorance and misunderstanding. There is a great danger that future generations will not know the natural habitat of animals; they may not know the forests and the animals which we of this generation know to be in danger of extinction. “We are the generation with the awareness of a great danger. We are the ones with the responsibility and the ability to take steps of concrete action, before it is too late.” The spiritual, ethical, individual and collective dimensions of human life constitute a continuum, encompassing the whole of the Indic heritage and transcending all segments and fragments. The Vedic, Upanishadic, Jain and Buddhist traditions perceived this and together built an enduring spiritual, intellectual and cultural foundation for an environment-friendly value system and a balanced lifestyle.