Rishikesh, India - International Yoga Festival ran last month, from the 1-7 March at Parmarth Niketan Ashram, Rishikesh, India. There were more than 475 official participants from 41 countries; however, taking into consideration those who came just for a few classes or programs, the total number of participants was nearly 800 people from 50 countries! Parmarth Niketan has been hosting International Yoga Festival since 1999, first in cooperation with Uttar Pradesh Tourism and then in cooperation with Uttarakhand Tourism. The number of participants, the diversity of the countries from which they come and the array of yogacharyas has increased significantly year by year.
This year there were more than 30 yogacharyas who came from a variety of cities and countries around the world including USA, China, Hong Kong, Jamaica, Germany and Australia. There was also a special drumming performance given by Sivamani, the world famous drummer and other cultural song and dance programs.

The concluding ceremony was graced by the presence of the Honourable Governor of Uttarakhand, the Minister of Finance, Smt. Indira Hridayeshji, Respected Imam Umer Ahmed Iliyasiji, the President of the All India Imam Association and many others.  The concluding program included a pledge from all the participants to work to keep the rivers of the world clean. Gabriela Bozic of Germany and Laura Plumb from California, USA, spoke about the importance of working for Mother Ganga and all rivers wherever people live.
Deepika Mehta of Mumbai, the yoga teacher to the Bollywood celebrities shared her feelings of being so blessed to come and teach at the Yoga Festival. Pujya Swami Chidanand Saraswatiji, Pujya Swami Dayananda Saraswatiji, Padmashri Bharat Bhushan, Sadhvi Bhagawati Saraswati, Andrew Cohen of USA, Shri Mooji of Jamaica and Bhava Ram of USA gave divine, inspiring and uplifting spiritual discourses.

Last month took place in Rishikesh, India, the Rishikesh International Yoga Festival, a one week yoga festival organized annually. Highlights of the week were: 1. Awakening the Kundalini with Gurmukh Kaur Khalsa; 2. Satsang and Question-Answer session with Pujya Swami Chidanandji; 3. The true meaning of Yoga with Pujya Swami Dayanandaji; 4. Plenary on Messages of the Kumbh Mela; 5. Spiritual Evolution Lecture with Andrew Cohen, founder of EnlightenNext of USA; 6. Satsang on Advaita by Shri Mooji of Jamaica; 7. Living Yoga for Joy and Health by Sadhvi Bhagawati Saraswati of USA and Dr. Ranjit Bhogal of Kaivalyadham, Pune; 8. Deep Yoga Lecture by Bhava Ram from USA. Finally, the evening dancing on the banks of Mother Ganga, under the sacred Himalayas, was an unforgettable experience and an absolute highlight. 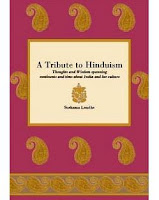 The word yoga is derived from the root yuj, which means to unite or to join together. ... Yoga is an integral part of the Hindu religion. There is a saying: “There is no Yoga without Hinduism and no Hinduism without Yoga."  The country of origin of Yoga is undoubtedly India, where for many hundreds of years it has been a part of man's activities directed towards higher spiritual achievements. The Yoga Philosophy is peculiar to the Hindus, and no trace of it is found in any other nation, ancient or modern. It was the fruit of the highest intellectual and spiritual development. The history of Yoga is long and ancient. ... It is an integral subjective science. ... The seeds of the yoga system may be discovered in the Vedic Samhita because the Vedas are the foundation of Indian culture philosophy and religion.

Get all your favorite alcoholic drinks on Duty Free Depot!

BlueHost is ultimately the best hosting provider for any hosting services you require.