THE MOST POWERFUL HINDU GODDESSES 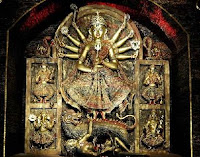 www.boldsky.com - Women are always seen as a subordinate to men. Be it in any country or culture, the position of women is always substandard when compared to men. Though many people strive on the rights for women, the patriarchal society overpowers women's right in all means. However, India is known as a spiritual country where devotees worship hundreds of deities. Hindu Goddesses are considered to be very powerful and are worshiped with pious and respect and some of them are considered to be the most powerful entities in the Puranas.
Hindu Goddesses are associated with water (Goddess Ganga), food (Goddess Annapurna), studies (Goddess Saraswati) and money (Goddess Lakshmi) and also all the Goddesses have their own myths and stories. Celebrating this women's day, we bring you a list of Hindu Goddesses who are not only powerful but are also supreme: 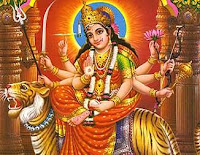 Goddess Lakshmi, among the Hindu Deities, is known to be the Goddess of 'Good Luck' among Hindus. She is the Goddess of wealth and prosperity, both material and spiritual. Many people worship Goddess Lakshmi in most of the Hindu families. Goddess Durga is known as the Mother Goddess. Other names of Goddess Durga are Bhavani, Sherawali, Amba, Chandika, Gauri, Parvati and Vaishno Devi. She represents the fiery powers of the God. Goddess Kali is the fearful and ferocious form of Goddess Durga. She is depicted to have born from the brow of Goddess Durga during one of her battles with the evil forces.
Goddess Saraswati is the Hindu Goddess of knowledge and learning. She is the Goddess of wisdom, art and music, and represents the free flow of wisdom and consciousness. Goddess Shakti, it is said that very God in Hindu mythology have His own divine energy or Shakti.  People who worship Shakti utilises the energy of Tantra Yoga and Tantrics uses to believe that Shakti is the creator, destroyer and preserver of the world.

These are few powerful Hindu Goddesses. Vijayalakshmi, the author of the article, says that worshiping these Goddesses will surely bring prosperity in one's life. She explains that Goddess Lakshmi is depicted as a beautiful woman of golden complexion, sitting or standing on a full-bloomed lotus. Goddess Durga rides a lion, and carries weapons in her many arms. She is the protector of the righteous, and destroyer of the evil. Goddess Kali stands with one foot on the chest of her husband, Shiva. Goddess Saraswati endows human beings with the powers of speech, wisdom and learning. She is the mother of the Vedas. Goddess Shakti is known as Mahadevi as she have various roles of Parvati, Durga, Sati and Kali. 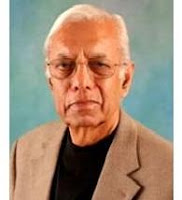 The concept of Goddess has been present since the prehistoric period of the Indus-Saraswati civilization. Around the same time, a similar female goddess phenomenon also became noticeable in other world cultures. There are carvings of exuberant feminine deities in the Indus excavations, and there are similar figures in the Greek and Egyptian cultures. In the agrarian society of the Indus-Saraswati civilization, Mother Earth became the symbol of fertility. ...
Goddesses in human form also appeared later as consorts of their male Gods: Parvati, the goddess of power, with Lord Shiva; Saraswati, the goddess of learning, with Lord Brahma; and Lakshmi, the goddess of wealth, with Lord Vishnu.

BlueHost is one of the best hosting company for any hosting plans you need.