SHOOTS HIMSELF DEAD AT RACE

www.inquisitr.com - A NASCAR fan committed suicide during Saturday night’s NRA 500 Sprint Cup Race at Texas Motor Speedway. The incident happened on the racetrack infield as the stock car race was coming to a close. Details of the death were not initially reported, though police later said the injury was self-inflicted. The Tarrant County medical examiner’s office released a statement on Sunday about the fan’s death. They confirmed the suicide, saying that the man died from a self-inflicted gunshot wound. Fort Worth police stated that the man, Kirk Franklin, 42, was camping in the infield for the race.
He allegedly shot himself after getting into an argument with other campers. It is believed that alcohol may have played a role in his death. The death happened in or around a pickup truck in the infield near the middle of the backstretch. Police blocked off the area around the incident and investigators were seen looking into a truck after the race.

There was no word on Franklin’s relationship with the people he was arguing with. He died around 10:30 pm local time. The suicide during the NRA 500 will likely spark a larger debate within NASCAR over the security at racetracks. Texas law prohibits firearms from being brought into the track by fans. The sport was already criticized for having the NRA (National Rifle Association) sponsor the event.
The same sport saw at least one driver remember the victims of Newtown, Connecticut during the Daytona 500. But while NASCAR’s sponsors don’t typically spark a national, political debate, Saturday’s sponsorship did. The NRA title sponsorship of the Texas race was negotiated by the speedway, not by NASCAR. In addition to a possible change in sponsorship, it is possible that the NASCAR fan’s suicide will cause increased security at race tracks.

In the USA, a racing fan by name Kirk Franklin shot himself and committed suicide in the infield of a National Rifle Association-sponsored NASCAR race at the Texas Motor Speedway. Police are still investigating the suicide. But they believe that it resulted from an argument that broke out between Franklin and several other people watching the race from the infield. Alcohol may have also been a factor. A medical examiner confirmed that the 42-year-man died from a self-inflicted gunshot wound to the head. His body was reportedly found in the back seat of a truck. Some people kill themselves openly, but unfortunately, the rest of the people commit suicide without even knowing they are doing it. 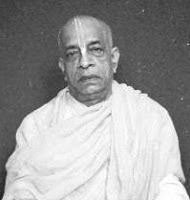