www.thehindu.com - Amnesty International has made an urgent appeal to the Bangladesh government to provide its minority better protection. “The Hindu community in Bangladesh is at extreme risk, in particular at such a tense time in the country. It is shocking that they appear to be targeted simply for their religion. The authorities must ensure that they receive the protection they need,” said Abbas Faiz, Amnesty’s Researcher. Survivors told Amnesty that the attackers were from the Jamaat-e-Islami and its student wing Islami Chhatra Shibir.
In the report, ‘Bangladesh: Wave of Violent Attacks Against Hindu Minority’, Amnesty gave the country’s war crimes trial as the context to the violence against the minority. The report said attacks on Hindus and other minorities were often reported from Bangladesh, especially from the far-flung areas. 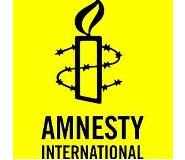 The latest attack took place on March 6 at Daudkandi in Comilla, where a Hindu temple was vandalised and burnt down. It said on Feb 28 a minority village of Rajganj Bazar in Noakhali was set on fire by the Jamaat supporters. According to Amnesty, Bangladesh’s Hindu minority constitutes only eight per cent of the population and has historically been at risk of violence. They suffered heavily during the 1971 liberation war and again after the 2001 parliamentary elections, when BNP-Jamaat coalition came to power. The rights body urged all political parties to condemn such violence against the Hindu community.
This week, a popular protest took place in Delhi with residents of Jamia Nagar. They expressed strong condemnation to violent attacks on religious minorities in Pakistan and Bangladesh. Protesters held a candle light vigil and peace march, exhibiting their protest against the killings of Shias and attacks on Hindus in Pakistan and Bangladesh.

Amnesty International has made an urgent appeal to the Bangladesh government to provide the Hindu community and other minorities better protection. Last Wednesday, Jamia Nagar residents holding placards during a protest peace march at the tomb of Dr. Zakir Hussain near Jamia Millia Islamia in New Delhi against violent attacks on minority communities in Pakistan and Bangladesh. Holding placards which said “Stop Genocide of Hindus in Pakistan,” “We want Peace,” the peace marchers raised slogans against the government of Pakistan and Bangladesh. Overall, the lack of tolerance towards minorities has increased and the Catholic Bishops Conference of India (CBCI) has also expressed concern over the cases of violence against Christians in Lahore last week, after an alleged blasphemy row. 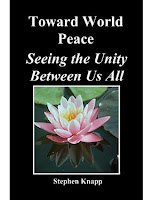 As we look back through history, there have been so many fights and wars between people of different cultures. There have been divisions drawn between Hindus and Muslims, Catholics and Protestants, Jews and Arabs, blacks and whites - the focal points of fierce battles.  In this way, due to some feeling of patriotism to a country, idea, concept, or race, one may think that a certain group of people are “my people,” or “my group or class,” based on the relationship with the body and family and national traditions.  However, as long as there is this feeling that those related to this body are “my kinsmen, my blood relatives, my countrymen,” that everyone else is a foreigner, or inferior, that I do not care for those people; then there cannot be unity or peace in the world.