www.nytimes.com - European Union regulators announced a ban Monday on the import and sale of cosmetics containing ingredients tested on animals and to pledge more efforts to push other parts of the world, like China, to accept alternatives. The ban, which will take effect immediately, “gives an important signal on the value that Europe attaches to animal welfare,” Tonio Borg, the E.U. commissioner for health and consumer policy, said in a statement. The European Union banned animal testing of finished cosmetic products in 2004. A second ban, on animal-tested ingredients, went into effect four years ago.
But heavy lobbying by major cosmetics manufacturers resulted in an extension of the deadline for some tests for effects like allergies and cancer and for which there is still no substitute. Monday’s action eliminated those remaining exemptions. 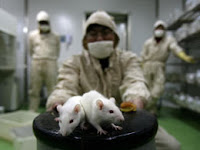 Even before the new rule was officially announced, the cosmetics company L’Oréal, which is based in France, said it would respect the ban and “no longer sell in Europe any finished product with an ingredient that was tested on animals” after Monday. But other representatives of the European industry, worth about €70 billion, or $91 billion, annually, criticized the commission for putting the ban into effect before alternatives existed for some of the most complex tests. But the move could complicate trade relations with parts of the world like China that demand animal testing as a condition for marketing cosmetics.
The global divergence in safety rules could also mean that companies sell the same product globally, but market one version for countries like China backed up by safety evidence from animal tests, and another version for Europe backed up by evidence from alternative tests.

Guinea pigs, rats, and rabbits can sleep safe and sound in Europe as of yesterday (11 March) after the last deadline specified in the Cosmetics Regulation entered into force across the EU, forbidding the industry from using animal testing. This ban was cheered by animal rights groups. However, the cosmetic industry's European trade body said the ban threatens its competitiveness and is premature, because there is still no alternative - without using animals - for several specific tests to ensure all the ingredients' safety. Large companies do not care about the suffering of animals and want to continue torturing cruelly in their laboratories of cosmetics and cleaning products. What do you think?. 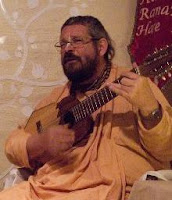 When you observe the problem of unconscious consumption, some measures must be taken. That's the way how the conscious consumer arises. Consider some characteristics of this ethical, healthy and ecological position. First of all, the conscious consumer avoid all products having to do with the killing of animals, including food, fashion (costumes made of fur), vanity (many laboratories experiment with thousands of animals in order to produce cosmetics and toiletries), fun (we have enough news about the shows where creatures are ridiculed and tortured), customs and traditions (such as hunting, a bloody pastime, etc.).
The conscious consumer does not use items that have been produced under the agony and exploitation of other beings.